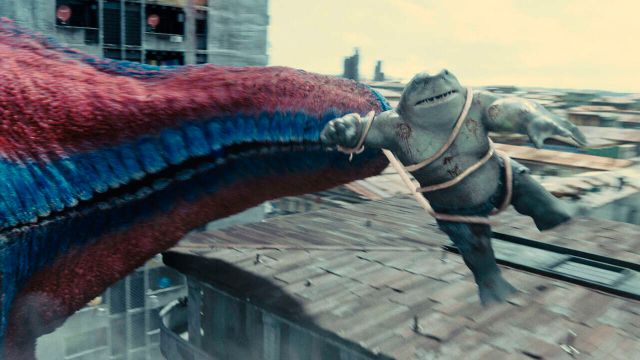 The Suicide Squad: The new DC movie directed by James Gunn promises action and madness in equal parts: it opens in theaters on August 6, 2021. The Suicide Squad, the new Warner Bros. and DC movie directed by James Gunn (Guardians of the Galaxy) presents its brutal and crazy final trailer just over a month away for its premiere in theaters in Spain (also through HBO Max in the United States). And it does so with a new trailer full of unpublished scenes, others already seen in previous previews and the odd surprises.

And is that this new look at the new James Gunn Suicide Squad does not skimp on action, explosions, shots and a lot of house brand humor; In addition, we can enjoy the presentation in the Bloodsport film and a surprising connection with Superman, since it is mentioned that the character played by Idris Elba was imprisoned after shooting Clark Kent with a kryptonite bullet.

On the other hand, it shows much more than what one of the main villains of the film, Starro, appears through several scenes of the most spectacular; We leave you with the official synopsis of a film that we will finally be able to see in theaters on August 6 after the delays due to the coronavirus pandemic.

“Welcome to Hell, also known as Belle Reve, the prison with the highest death rate in the United States, where the worst supervillains are found and where they would do anything to get out, even join the super-secret and super-dark. Task Force X. Today’s mission? Assemble a collection of convicts, including Bloodsport, Peacemaker, Captain Boomerang, Ratcatcher 2, Savant, King Shark, Blackguard, Javelin, and everyone’s favorite psycho, Harley Quinn. ”

“Then arm them tightly and drop them (literally) on the enemy-infested island of Corto Maltese. Traversing a jungle packed with adversaries and guerrilla forces at every turn, the Squad is on a search and destroy mission with only Colonel Rick Flag on the ground to make them behave … and Amanda Waller’s government technicians in their ears, tracking them all. their movements. And as always, one misstep and they’re dead (whether at the hands of their opponents, a teammate, or Waller herself). If someone is going to bet, a good investment would be against them, of all of them ”.

Sunset Sale: Emma & Micah sells the house where they First...