Home Entertainment The stylist explained the new image of Michael Scott after the first... 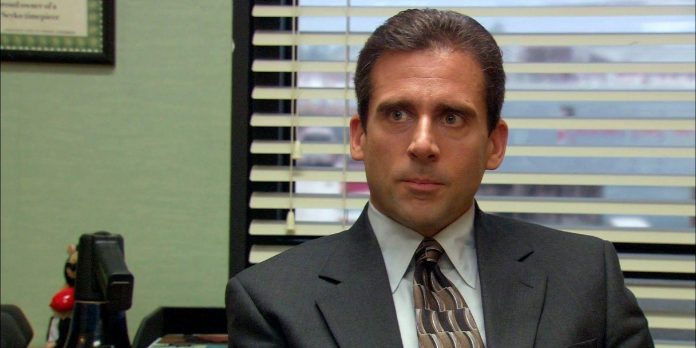 The stylist of the “Office” Kim Ferry explains the change in Michael Scott’s hairstyle after the first season. The American version of The Office, based on the British television series of the same name created by Ricky Gervais and Stephen Merchant, debuted in 2005 and received critical acclaim, and then was released. nine successful seasons. The show focuses on the relatively quiet daily lives of employees of the Dunder Mifflin paper company in Scranton, Pennsylvania, with Scott (Steve Carell) as the regional manager.

The six-part season 1 was more suited to the original series, and the pilot episode of the American version was almost a direct adaptation of the opening of the British series. In the first season, Scott was also more associated with the equivalent of Gervais’ character, David Brent, general manager of the Wernham Hogg paper merchants branch in Slough. To match his character, Scott’s hair was combed back to evoke a more serious look from the boss of the paper company. However, in the second season, Scott’s hairstyle changed to something less dramatic and more in keeping with his affable nature.

In an interview with Mashable, Ferry explained Scott’s hairstyle change from season 1 of “The Office” to season 2. The stylist admitted that she did not work in the hairstyle department in season 1 and did not influence the initial direction of the studio with the appearance of the character. . Kerry explained that she wanted Scott to look “prettier.” Read below what the barber said.

“In the first season, there was another head of the hairstyle department, so I couldn’t control it. But when I found out I had a job, they sent me some recordings of the show, and when I looked at the recordings, I thought, Ugh. I felt it was a very harsh look at [Steve]. I wanted to talk to [him] about it, and that was the first thing I did. He’s like, “Yeah, I definitely want to change that.”

“I was told that his character in the first six episodes—basically they were like Gordon Gekko. They wanted it to be smooth. but it wasn’t flattering.”

According to Kerry, the original style was supposed to mimic the appearance of a character such as the ruthless corporate raider and businessman Gordon Gekko from Oliver Stone’s popular 1987 film Wall Street. However, as the series surpassed the original British version, which lasted only two seasons, Scott’s tone—and therefore the show’s—changed to a style that resonated more with American audiences. Scott’s hairstyle change may not have seemed like a big difference, but it ended up being very radical for the character as it helped bring his appearance in line with his more playful spirit.

Scott, as a regional manager of a group of sellers, considered himself a leader with power. Since Gekko from Wall Street was used as an example, a character hungry for power, perhaps Scott wanted his employees to see themselves in such a role. However, as the series continued, and his character was formed under the image of Carell, he became more and more friendly and cute blockhead. The tamer’s hairstyle helped to combine his appearance with his amiable character. Since “The Office” really figured out in the second season, the changes turned out to be for the better.

After a successful first season on ABC, the popular Abbott elementary...