Home Entertainment The Study of Vampires in Science Fiction 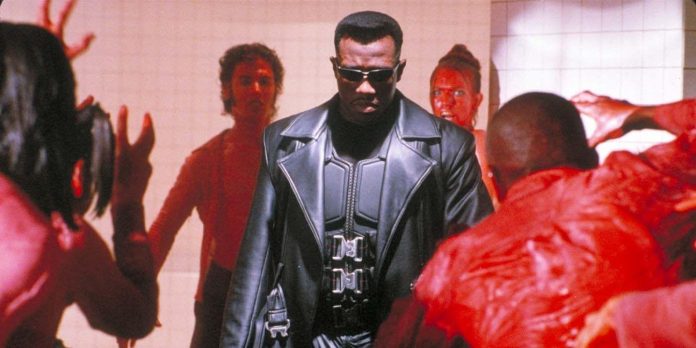 Most of the time there are fantasy monsters like fairies and sci-fi monsters like aliens, but at least one horror icon seems to conveniently occupy both. What is it about vampires that they integrate so easily into the past, the future, the home world and the depths of space?

Most horror fans know about the origin of vampires. The superstitions of the 18th century, mixed with the half-true stories of Elizabeth Bathory and Vlad III, gave way to innovative fiction. Sheridan Le Fanu’s Carmilla is usually considered the first recorded work, but Bram Stoker’s Dracula defined the genre. From these humble beginnings, the concept has grown to an unimaginable variety.

These early examples of vampire literature are strictly fantastic. There is practically no need to talk about science. Dracula is magical by nature, his strengths and weaknesses are created manually by the Christian god as punishment. However, over the years, vampires have evolved from horror monsters into one of countless fantasy races. It seems that there is no fictional world in which vampires could not appear. The rules are vague, most fictional vampires are chosen from a list of distinctive features established in early works. It’s fair to say that vampire literature is a separate genre, not bound by any need for a constant appearance in a certain type of history. With that in mind, there are some interesting topics that arise when vampires move into the world of science fiction.

It didn’t take long for the vampire to go into outer space. The popular assumption about real vampires appeared in the early 1700s, and the first stories about vampires in space appeared in the early 1900s. Perhaps the first stories about space vampires appeared in 1908, when Gustave Le Rouge’s novel “Martian Vampires” was published. This strange story followed classic sci-fi tropes, mixing planetary romance with cosmic horror, when a team of brave space heroes met with a vampire planet. The creatures of this novel are the indigenous inhabitants of Mars, humanoid monsters with huge bat wings and deadly fangs. This concept of alien species, which are very similar to human descriptions of vampires, is common in science fiction stories.

In most works about space jumping, there are at least one or two planets inhabited by an alien creature that has some or all of the features in common with vampires. Doctor Who, for example, got confused with several versions of vampires. In the ent of this long—running series, vampires are a kind of parasites, descendants of more powerful species, and every intelligent species deals with the vampire phase. The 1985 film by the great horror director Tobe Hooper, Life Force, tells of the invasion of a group of deadly space vampires who threatened to devour the living souls of the Earth. In Mario Bava Giallo’s thrilling film Planet of the Vampires, a team of space explorers crash-lands on a hostile planet, after which their dead rise up and attack. Aliens as vampires is a fairly common concept in science fiction, mainly serving as a pretext for including creatures in a science fiction story.

Many, though perhaps not most, vampire stories are inherently antagonistic. They depict the conflict between humanity and the creatures of the night. The problem is that in a fair fight, none of the people can reliably defeat a vampire. One of the common ways to solve this problem and allow the conflict to grow in scale is to arm humanity with futuristic or specialized weapons. This is the spirit of such works as “Blade”, “Ultraviolet” and “Another World”. These works are connected with another direction of sci-fi vampires, scientific explanations of their unique condition. Sometimes it is the result of unorthodox experiments, sometimes it is a rare blood disease, and in other works it is described as a plague. These are examples of reaching a familiar conclusion in a new way. Telling a classic story about people killing monsters, now with the help of scientific enlightenment.

Science fiction and vampires combine well, easily transferring the images of the genre into a classic sci-fi setting. This concept works for several reasons. The idea of something that looks like an ordinary person but behaves like an unrepentant monster is a common and relative fictional fodder. Vampires specifically represent themes of sexuality, class struggle, abuse, and the commodification of the poor by the rich. These topics are no less relevant to the present than when they arose, and most science fiction authors consider them relevant to the future. Cyberpunk-dystopia, nightmarish outcomes of the future and the constant cyclical nature of progress and regression — all this is as characteristic of science fiction as it is for everyday life. With all this in mind, vampires work as mindless monsters of the week and as elements of an ongoing myth that was defined hundreds of years ago.

The truth about vampires in fiction is that they work where they need to.

Why David Caruso Retired after CSI: Miami (Will he return to...

What was the first season of “The Real Housewives of Beverly...