Home Entertainment The study claims that it is necessary to identify 10 states where... 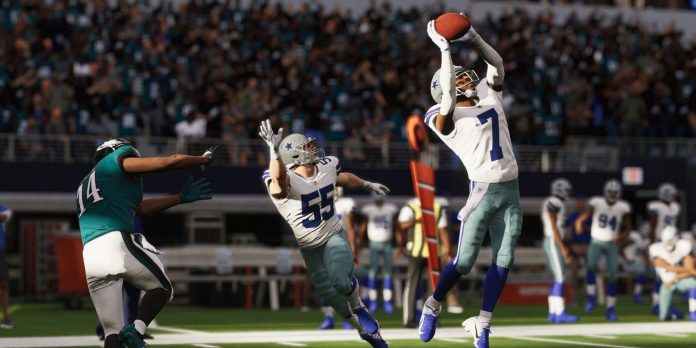 According to a recent study, Madden NFL 23 is most popular in Louisiana. Online gaming site Minesweeper-Challenge analyzed Google Trends data over the past 12 months, using phrases such as “Madden 23” and “Madden 23 release date” to identify the 10 states that generate the most interest in Madden NFL 23.

As mentioned earlier, Louisiana is the state showing the most interest in Madden NFL 23, with Minesweeper-Challenge noting that the New Orleans Saints have a team rating of 83 in the game, and Tyrann Mathieu has the highest safety rating, with an overall rating of 94. Louisiana is followed by Delaware, Alabama, Ohio, Mississippi, Maryland, West Virginia, North Dakota, Wisconsin and Iowa. What’s interesting about these results is that many states don’t have an NFL team on the list at all. In fact, this includes most of the states on the list, as Delaware, Alabama, Mississippi, West Virginia, North Dakota and Iowa do not have NFL teams. One would think that states that have NFL teams are more interested in video games based on the company, but this is clearly not the case.

Of course, it should be noted that this may not be the best way to determine how popular Madden NFL 23 is in a particular state. While Google search data seems like a good indicator of how many people are interested in the game, sales data will give more specific answers. Sales figures for Madden NFL 23 are not available at the time of this writing, but the game is expected to be one of the best-selling games of the year by the end of 2022. It is unlikely that EA Sports will publish sales data by state, but you might think that California and New York will get high marks, given the size of their population.

Madden NFL 23 received mixed reviews from critics, continuing an alarming trend for a blockbuster sports franchise. It remains to be seen whether the Madden NFL franchise will be able to return to its former glory or whether it will continue to struggle from a critical point of view.

Madden NFL 23 has already been released on PC, PS4, PS5, Xbox One and Xbox Series X.