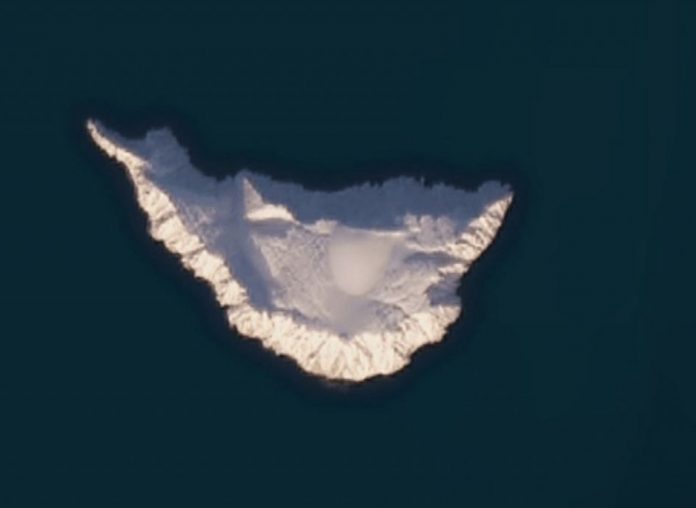 Google shows Jeanette Island, which is on the northern coast of Russia and is now considered a Russian island, as a black dot on Google Earth. So what is the story behind this strange censorship of Google?

In addition to providing a very useful navigation service to users with its Maps application, Google also provides users with the opportunity to explore geographies that they cannot physically go to with the Earth application. In fact, Google Earth offers such a comprehensive “Earth” that many details that have not been discovered in reality can be revealed in Google Earth for the first time.

Jeanette Island looks like a black spot from afar on Google Earth
In fact, there is no official explanation as to why Google is hiding Jeanette Island. However, there is a consistent theory that many people accept. Before moving on to the story of the island, to mention its geography, Jeanette Island is a small island on the northern coast of Russia, with a surface area of ​​only 3.3 square kilometers and a height of 351 meters at its peak.

US and Russian Empire both claimed on Jeanette Island

American Navy officer and explorer George E. De Long discovered Jeanette Island by chance during an expedition in 1881, and the US Navy declared the island US territory in 1882. However, following the Imperial Russian Arctic Ocean Hydrographic Expedition of 1910-1915, the Russian ambassador to London claimed that Jeanette Island, like the other Arctic islands, was part of the Russian Empire.

The Soviet Union, which was established afterwards, also continued its claims that Jeanette Island was Russian territory. “So what is the situation of the island today?” If you ask; Currently, Jeanette Island is considered the territory of the Sakha Republic of the Russian Federation and there is a Russian military base on the island.

However, although the island is officially under Russian rule, even today some Americans continue to claim that the island is actually a US territory. The theory about Google Earth stems precisely from this obscurity. According to the theory, Google prefers to portray the island as a black spot, as discussions continue about which country the island belongs to.