Home Entertainment The story of the Green Lantern Flash solves the Biggest problem of... 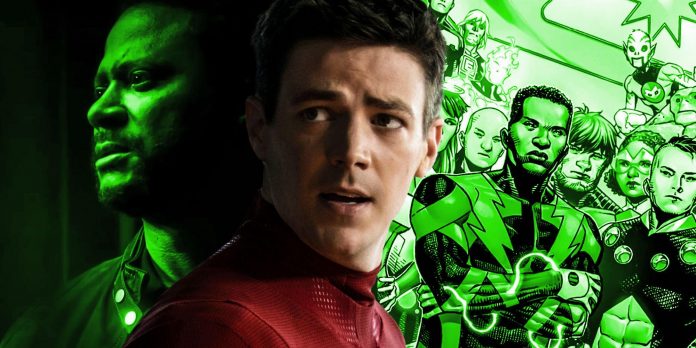 Attention: spoilers for Season 8, episode 18 of the Flash

With the end of the Green Lantern story from the Arrowverse, The Flash has just solved the biggest problem with the Diggle spin-off. Thanks to an unexpected appearance in the 8th season of The Flash, the 18th episode titled “The Man in the Yellow Tie”, the Arrow universe unexpectedly completed the arch of the Green Lantern Diggle. After several months of thinking about what to do with the ring he received in the finale of the series “Arrow”, Diggle decided not to become a Green Lantern.

The finale of The Arrow series promised Diggle an interesting future, but at the time it was unclear if it would ever be shown or if it would always be open. After the finale, Arrowverse used a number of guest appearances of the character to continue his story and directly address his Green Lantern story. However, two years have passed, and Diggle has not put on the ring. At the same time, Arrowverse is clearly not done with his character. In addition to an upcoming role in the season two finale of Superman and Lois, the CW has plans for an Arrowverse spin-off dedicated to Diggle called Justice U. Apparently, the show will depend on Diggle mentoring five super-powered college students.

Related: In the 8th season of “Flash” there is 1 thing missing that made previous seasons good

Diggle’s journey through the Green Lantern has become a serious problem for his spin-off, but thanks to the Flash, it will no longer be an obstacle. If Justice U is given the green light, Diggle will lead a covert operation involving young meta-people studying at the university. Such a premise simply does not correspond to the future that the ending of “Arrow” created for Diggle. As Diggle noted in The Flash, “cosmic Destiny”, like a Green Lantern, urged him to leave his family. This makes sense, given that he will most likely be in outer space battling intergalactic threats. And even if he somehow managed to stay on earth, it is extremely unlikely that a hero like Green Lantern would work in A.R.G.U.S. and coordinate secret metahuman missions.

It would be incredibly difficult —if not impossible — to balance Diggle’s stories of Green Lantern and Justice U. It’s just that both would not work for the Arrowverse. And for one thing to happen, the Arrow Universe had to put an end to the other. In the beginning, the plan may have been to imply a Green Lantern future off-screen for his character, but it never got to the point of putting a costume on him, but the decision to give Diggle his own show apparently made it necessary for the Arrow universe to resolve the arc.

Although Diggle did not become a Green Lantern, it was an understandable disappointment for those who wanted the character to achieve his “cosmic destiny”, “Flash” allowed Arrwoverse to finally move forward with his character. Now that his Green Lantern dilemma is finally behind him, Diggle can move on to a new chapter of his life with Justice Yu, which may or may not be created in the season two finale of Superman and Lois.

Disney Classic Games Collection To Expand With Aladdin (SNES) And The...

Spain: The Cultural Voucher Of 400 Euros For Young People Will...