Home Entertainment The story of Pokémon Scarlet and Violet should avoid the most tedious... 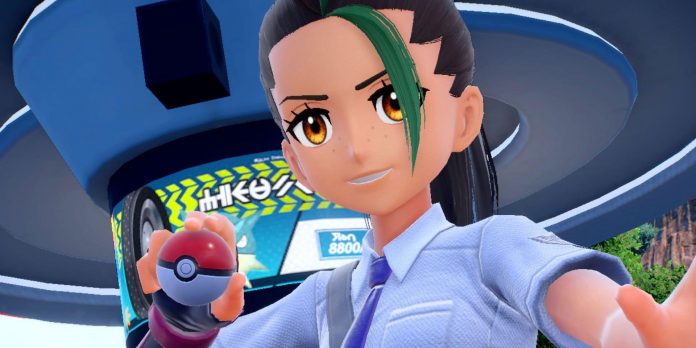 The Pokémon series has a tedious tendency to use the same story for every main game, and the upcoming Scarlet and Violet should avoid this and give players a new plot. The classic story is good, but there are so many possibilities that the series can explore that go beyond it, and even some changes without a complete revision may be better than just repeating what has been done so far. Pokémon Scarlet and Violet are currently due out on November 18, so players will have to wait and see if there will be a new story in it.

Scarlet and Violet is the ninth generation of games in the series. The action takes place in an unnamed region that appears to be based on Spain, although Pokémon SV has not published a single comment confirming or refuting this. The region will be completely open, and players will not have a set path, unlike in previous games, where they were moved from city to city in a very specific order. The games have themes of confrontation between the past and the present, which are presented both in professors exclusive to their version, and in the legendary Pokemon Corydon and Miraydon. The multiplayer game for four people is also a confirmed feature that gives exciting gameplay possibilities.

The recent innovations that Pokémon has introduced — in Legends: Arceus, Scarlet and Violet — are refreshing after the series’ reluctance to change for most of its 27-year life cycle. However, they can go so far; Pokémon SV needs more than open-world mechanics and new regional options to be truly fresh. Innovation should also manifest itself in the form of new storylines and storylines. Their absence may not spoil the games, but it would be very disappointing if they did not appear, given what progress has been made in other areas.

Pokemon games usually follow the same basic plot; players get their first Pokemon from a professor, embark on their journey to win gyms and the Pokemon league, defeat the evil team, catch the legendary Pokemon and become the league champion. There were some variations, for example, the League was replaced by Island Challenge in the 7th generation Alola, but it was still the main story for most of the Pokémon series games. It may seem like a fun adventure, but after repeating it for 27 years, it has become somewhat bland and boring.

Pokemon spin-offs are a good example of what a series can do without its classic plot. Mystery Dungeon, Pokémon Ranger, PokéPark and Pokémon Colosseum broke away from what was in the main series and gave players different storylines. While not exactly a spin-off, Legends: Arceus also has a new plot. It might have been somewhat repetitive, but it was still a fresh and welcome change of pace. Almost all Pokemon spin-offs have better and more exciting stories than the main series, so we hope that Scarlet and Violet will be inspired by them when creating their own plot.

How likely Gen 9 is to introduce a new story is debatable, but the prospect looks promising. Pokémon SV promotes Legends: the open world of Arceus even more, and although there are gyms, players will be able to challenge them in any order. This and various other innovations that have been introduced recently are a good sign that at least there will be some variations of the classic storylines. Even if the new plot does not appear in Scarlet and Violet, it is quite possible that it will appear in future Generations of Pokémon games, so disappointed players should not lose hope.