Home Entertainment The story of Marvel’s Spider-Man 2 can repeat the cartoon trick of... 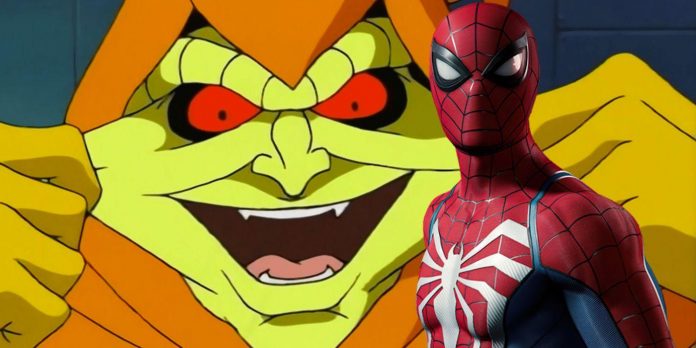 Marvel’s Spider-Man 2 will feature dangerous supervillains fighting a superhero crawling on walls, but the sequel may deceive players’ expectations by repeating a trick from the cult animated series of the 90s. The next Insomniac game is just around the corner, and fans are already wondering which of Peter Parker’s enemies may appear. Although it has already been confirmed that several characters will join villains in the Marvel gaming universe from Insomniac – in particular, Venom and strongly hinting at Kraven the Hunter – there has been speculation that one of the next characters could be Norman Osborn’s Green Goblin. However, Insomniac can keep players on their toes by following in the footsteps of the 90s cartoon by making the first Hobgoblin Spidey-style opponent.

The Green Goblin and Spider-Man have been in an epic rivalry for many years. Whether it’s fighting in various comic book storylines or wreaking havoc in New York in Sam Raimi’s Spider-Man, Norman Osborn is one of the web’s worst enemies. Although many expect the spider-man hero to face the threat of pumpkin bombs at one time or another, nothing is set in stone, and Insomniac has already demonstrated that it is ready to move away from comics in an amazing way by releasing the first Marvel Spider. Man.

Insomniac Games may already be taking inspiration from animated shows, as Marvel’s Spider-Man and Spider-Man Miles Morales seem to be introducing Harry Osborne as Venom in the upcoming sequel, which was the plot thread introduced in the Ultimate Spider-Man animated series. Although most of the game can be spent fighting the deadly symbiote and Kraven the Hunter, it’s not so implausible to assume that a Hobgoblin could appear, creating more problems for both Peter and Miles. Marvel’s Spider-Man had a lot of supervillains, one of which was not revealed until the game was released. So perhaps Insomniac will force the Hobgoblin to fly into battle in the upcoming epic, waving a spider web, and not the Green Goblin that many players expect.

Marvel’s “Spider-Man 2”: Why “Hobgoblin” will be a Big Surprise

The first and most famous incarnation of the Hobgoblin debuted in costume in The Amazing Spider-Man #238 as a criminal mastermind armed with a Halloween-themed weapon similar to the one used by the Green Goblin. Since Harry is already appearing as Venom in the next Spider-Man game, and Norman Osborn has not shown any signs of becoming his evil alter ego lately, perhaps Marvel’s Spider-Man 2 is learning from the example of a 90s cartoon and imagines a Hobgoblin before his Green one. analogue. After all, a criminal genius like Hobgoblin might be the perfect candidate to be the next antagonist for the more experienced Spider-Man from Insomniacs.

Marvel’s Spider-Man 2 may follow a storyline similar to that of the 90s Spider-Man animated series, where Norman Osborn hires a Hobgoblin to attack numerous characters, including Kingpin. Since his son is captured by the Venom Symbiote, it may happen that Norman Osborn resorts to interfering in the underworld in a more explicit capacity, using the original version of the Hobgoblin to capture Harry or even fight Kraven. to get him back. Since Spider-Man is already fighting Venom and Kraven, the Hobgoblin can also intervene, putting Peter and Miles in a difficult position when they fight three villains who are also fighting among themselves.

Although Hobgoblin is not one of the Spider-Man villains who have never appeared in games, his appearances in the environment are rare, and his appearance in the sequel to Spider-Man from Marvel can inspire the character. Many details are still unknown, so the characters that are currently in plain sight can sneak into Marvel’s Spider-Man 2 after the game is released. In the meantime, fans will have to sit back and wait for the long-awaited game and all the secret details that its developers have hidden.