Home Entertainment The statement about microtransactions in DiabloImmortal is misleading, the director believes 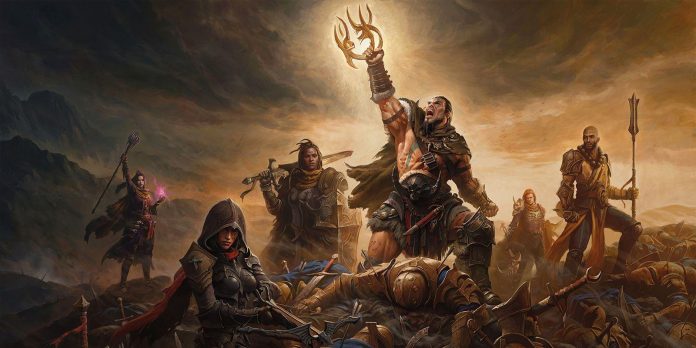 Diablo Immortal director Wyatt Cheng says the community’s outrage over the in-game microtransaction system is based on misleading information, not facts. The game was released last week and has been surrounded by controversy ever since. Online fans claim that pumping characters will cost more than $ 100,000, and it will take almost a decade for users of the free game, which raises concerns about the mechanics of pay-to-win and ridiculous investments of money and time.

Despite the fact that the official launch of Diablo Immortal is scheduled for June 2, the deployment of Diablo Immortal began in several regions a day earlier, although only the mobile version was released ahead of schedule. And although the game has already attracted huge amounts of money since last week, the main audience perceived it mostly unfavorably. This was mainly due to statements that leveling a character in Diablo Immortal costs $110,000, which is almost 10 years for F2P users.

Wyatt Cheng, game director of Diablo Immortal, took to Twitter to clarify some misleading information that fueled claims that in-game gear can be bought for real money (via VGC). According to Cheng, the term “gear” refers to 12 slots for items that players cannot buy directly. In a conversation with the Zizaran streamer, the game director repeated that money can be spent on promoting ordinary and legendary gems in Diablo Immortal, and not on real items. Widespread claims that players can buy and upgrade Diablo Immortal equipment only if they spend additional funds are false and misleading, Cheng stressed. Nevertheless, the developer admitted that the criticism associated with the very idea of buying power to upgrade equipment is fair. At the same time, Cheng felt that he needed to step in to shed light on the issue because he would prefer that players dislike the game because of its specific merits rather than because of misleading information.

I don’t like when information is misleading. There is a difference between whether players like or dislike a game based on its merits (which I can accept, not every game is for everyone), and between liking or disliking a game based on the misinformation surrounding it.

Regardless of whether players can buy equipment directly or not, upgrading a Diablo Immortal character can be difficult if approached without investing in a role-playing game. Mobile gaming is inherently heavily dependent on microtransactions. To advance further and level up the character, players must either wait for a long period or spend money to skip the wait and return to action. Not only that, but the emphasis on upgrading equipment makes it almost impossible to advance further without improving items.

Wyatt Cheng has done a great job of eliminating semantic inaccuracies in the description of Diablo Immortal microtransactions by players. But the problem with the name P2W Diablo is still relevant. As previously reported, Blizzard uses sophisticated tactics, encouraging players to spend money on cosmetics, kits and gems, directing users directly to the store. In this context, it does not matter whether Vyatt Cheng explained that equipment cannot be bought directly. It’s still possible to upgrade items by spending money on gems, and Diablo Immortal is still an example of a game with too many microtransactions.

The Last Kingdom season 5: after the end of the series,...