Home Entertainment The State of Ark: Survival Evolved for the fifth anniversary of its... 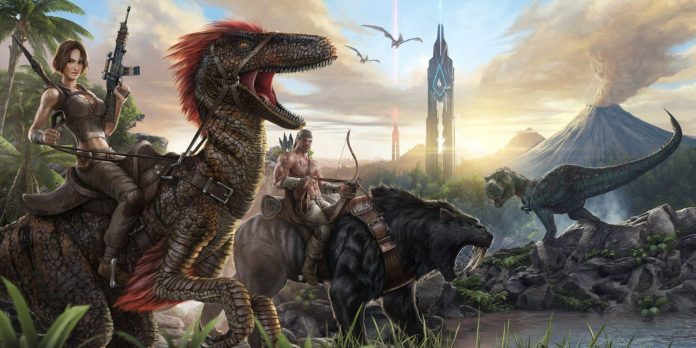 Ark: Survival Evolved has been around for five years since it was first released on August 29, 2017. MMORPG Survival has received mixed reviews on Metacritic, but most reviews on Steam. Over the past five years, players have spent hundreds to thousands of hours in the game.

The big question is what has made this game so popular for five years, but the answer is pretty obvious if you look at everything that has happened since its initial launch. The fact that players can play both alone and with friends is a serious reason. While the original game is good, players have also created a ton of mods that make the game interesting for hundreds of hours. However, despite the fact that there are still plenty of players, over the past five years Ark: Survival Evolved has had some problems, for example, many scammers and exploiters spoil the game for other players. There have been ups and downs over the past five years, but it is thanks to them that the game has become what it is today.

Five years later, Ark: Survival Evolved will have a sequel and spin-offs, such as Ark Park and PixARK. The upcoming sequel, Ark 2, should be released in early access for PC and Xbox Series X/S sometime in 2023. Although the original game was created on Unreal Engine 4, the sequel will be made on Unreal Engine 5. Announced that Ark: Survival Evolved will receive a 14-episode animated series.

The original game has also received expansions over the years. It has received five expansion packs such as Scorched Earth, Aberration, Extinction, Genesis Part One and Genesis Part Two. All this has added more animals, equipment, content and maps. Six DLCs were also released with free map extensions, such as The Center, Ragnarok, Valguero, Crystal Isles, Lost Island and Fjordur. Other official DLCs include total conversations such as Primal Survival, Primitive Plus and Survival of the Fittest, which will change much of the game mechanics. Among these DLCs, Aberration was the most popular.

Although the game was originally released for Windows, PS4, Xbox One, macOS and Linux, in 2018 it was distributed on Android, iOS and Nintendo Switch, and in 2021 on Stadia. Developer Wildcard Properties has not released any other games outside of the Ark series.

What do the players think after five years

If you click on the most recent reviews on Steam, you can learn a lot about the current state of Ark: Survival Evolve after five years. There are a lot of negative reviews about the online community of the game, which can make a big difference to the MMO. Many reviews mention that over the years, more and more scammers and exploiters appear in the game, which spoils the impression of the game for others. Many are cynical about whether the developer will take care of this growing problem. The fraud ranged from DDoS attacks to duplication and network creation. It is unknown whether these problems can be completely solved in the future, especially with a small development team.

Positive reviews say that the best version of the game is to focus on the PvE aspects of crafting, building and just surviving with a group of people. It’s easy to play on a server just for friends, and you avoid the negativity of scammers and exploiters on official servers. Players still call the game fascinating due to its limitless potential, as many reviews count more than a thousand hours played in their Steam report.

Star Wars: Luke And Lando Will Follow The Trail Of The...