Home Celebrity The stars of “Harry Potter” honored the memory of their favorite Hagrid... 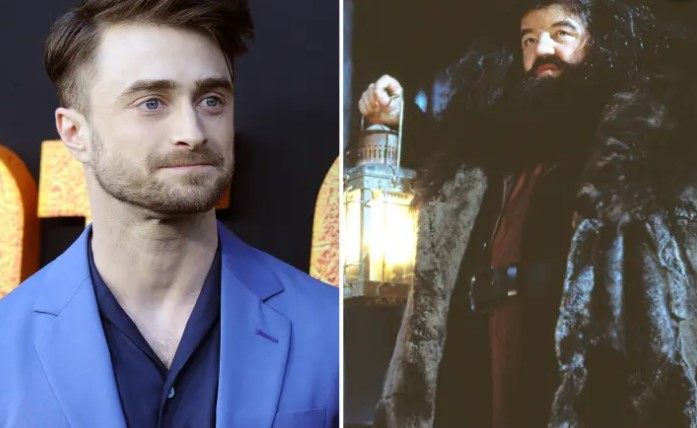 Fans of the Harry Potter series are raising their wands and honoring the death of their beloved co-star Robbie Coltrane.

Coltrane, known for his role as Rubeus Hagrid in the original series, has died at the age of 72.

Along with fans, the actor’s colleagues in the cult franchise about wizards are also mourning the loss of the irreplaceable Coltrane.

“Robbie was one of the funniest people I’ve met and constantly made us laugh when we were kids on set,” Daniel Radcliffe, who played Harry Potter, told The Post in a statement.

“I have particularly fond memories of how he kept our spirits up in The Prisoner of Azkaban, when we all spent hours hiding from the pouring rain in Hagrid’s hut, and he told stories and joked to keep up morale,” he recalled.

Radcliffe and his famous film partners Emma Watson, Rupert Grint and Tom Felton starred in the world-famous series together with Coltrane as a child.

“I’m incredibly lucky to have met him and worked with him, and I’m very sad that he’s gone. He was an incredible actor and a wonderful person,” Radcliffe said.

James Phelps, who played the exuberant joker Fred Weasley, also expressed gratitude to his senior partner in the film.

“I’m going to miss having casual conversations about all the topics in the world. And I will never forget how, in September 2000, Robbie Coltrane came up to me, a very nervous 14-year-old, on my first day on set and said, “Enjoy this, you’re going to be great.” Thank you for that,” he tweeted.

J. K. Rowling, the famous author of the series, tweeted a photo of her and Coltrane at dinner.

“I’ll never know anyone even remotely like Robbie again. He was an incredible talent, one of a kind, and I was incredibly lucky that I knew him, worked with him and laughed my head off at him,” she wrote. “I express my love and deepest condolences to his family, first of all to his children.”

The official Wizarding World also mourned the loss of the cute giant. “We are very saddened by the news of the passing of the magnificent Robbie Coltrane, who played Hagrid with such kindness, heart and humor in the Harry Potter films,” the tweet said.

“He was a wonderful actor, a friend to everyone, and he will be greatly missed.”

Actor Stephen Fry, who voiced the Harry Potter video games, sweetly recalled how he first met Coltrane while working on their show Alfresco.

“I first met Robbie Coltrane almost exactly 40 years ago. I was overcome with awe/horror/love at the same time. Such depth, strength and talent: funny enough to cause helpless hiccups and beeps when we did our first TV show “Alfresco”. Goodbye, old man. You will be terribly missed,” the English actor wrote on Twitter.

I'll never know anyone remotely like Robbie again. He was an incredible talent, a complete one off, and I was beyond fortunate to know him, work with him and laugh my head off with him. I send my love and deepest condolences to his family, above all his children. pic.twitter.com/tzpln8hD9z

The Scottish celebrity was even honoured by Scotland’s First Minister Nicola Sturgeon, who tweeted: “Very sad news. He had such range and depth as an actor, from brilliant comedy to uncompromising drama. I think my favorite of all his roles was Fitz in “Cracker.” Robbie Coltrane, a Scottish showbiz legend, will be sorely missed. TEAR UP”

In 2006, the late Queen Elizabeth II awarded Coltrane the Order of the British Empire for services to the dramatic arts.

Born Anthony Robert McMillan in Rutherglen, Scotland in 1950, he adopted the stage name Coltrane in his 20s in honor of jazz saxophonist John Coltrane.

Coltrane’s agent confirmed that he died in a hospital in Scotland, but did not give a cause.

He is survived by his sister Annie Ray, his children Spencer, 30, and Alice, 24, and their mother Rona Gemmell.

According to Harry himself: “There is no Hogwarts without you, Hagrid.”