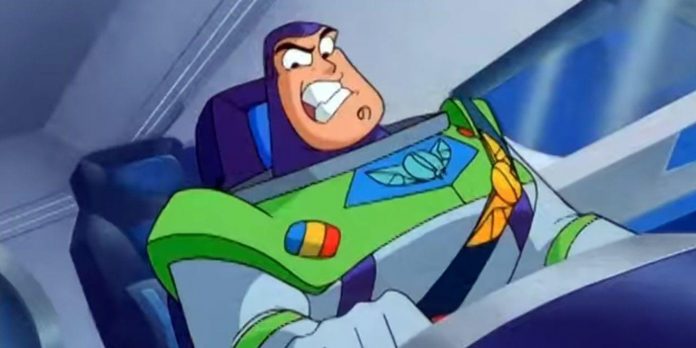 Patrick Warburton recalls how he was chosen to play Buzz Lightyear for a TV show, and about his funny reaction to the job invitation. Developed by Kim Five-plus co-creators Mark McCorkle and Bob Schooley, the animated series was set in the distant future and explored Buzz’s time as a Star Command Space Ranger as he explores various threats with other rangers in hopes of keeping the galaxy at peace. . Buzz Lightyear from Star Command primarily explores the efforts of Buzz and his team to defeat Emperor Zurg and his robot forces.

Link: Why Lightyear Is Better for Pixar Than Toy Story 5

Speaking exclusively to Screen Rant to discuss the Days Inn special campaign, Patrick Warburton spoke about his time as Buzz Lightyear. The star recalled his funny reaction to participating in an animated TV show, knowing that he would be considered a “poor guy” version of the Toy Story character, with which he “completely agrees.” See what Warburton shared below:

“There are a lot of different characters, and what you do is when you take the voice of a character or a superhero, you make it your own, which I’ve always done, even when in the past”I signed up for the series. At that moment, I immediately realized that I would be Buzz Lightyear for your poor man, with which I completely agreed. I just remember watching cartoons when I was a kid, and Saturday morning cartoons when they came out and released a cartoon based on the movie, and I always felt cheated, like, “That’s not a real voice. It’s a different voice.”

I knew it would be me when we shot Buzz Lightyear from Star Command. But I’ve voiced a lot of characters, I’ve voiced Superman with Jerry Seinfeld and all these commercials about Superman. There were so many different voices of Superman. I played The Tick in the live version of The Tick, and there is Townsend Coleman, who voices at first, and then, in the latest version of The Tick, it was Peter Serafinovich. With these characters that live forever, there will always be multiple actors voicing them and portraying them in live action, and what you do is make it your own.”

The Buzz Lightyear television show appeared at a time when Disney was releasing many of its most successful films for the small screen, some of which included 101 Dalmatians: The TV Series, Aladdin and Hercules: The Animated Series. As Warburton mentions, in most of these shows, the main cast is replaced by actors who are more available to participate in TV shows than in full-length productions. Buzz wasn’t the only character to be replaced by a voice actor in the series: Wayne Knight took over the role of Zurg from “Toy Story 2” co-creator Andrew Stanton.

As Warburton notes, any long-lived character like Buzz Lightyear will find that those who play him change all the time, including the fan-favorite role of Warburton, the Tick, which was taken over by Peter Serafinovich in the Prime Video series. While Tim Allen mostly performed the role of Buzz in the main films Toy Stories , he has since been replaced by Chris Evans in an additional film A light year that acts as the origin story of the fictional character on which Allen’s toy is based. Viewers can see the latest Buzz Lightyear spin-off with a film directed by Evans, which is already in theaters.

Ragnarok: How Did Thor Finally Get Mjolnir? [spoilers]