Home Entertainment The Star of Sauron From The Ring of Power Explains Why The... 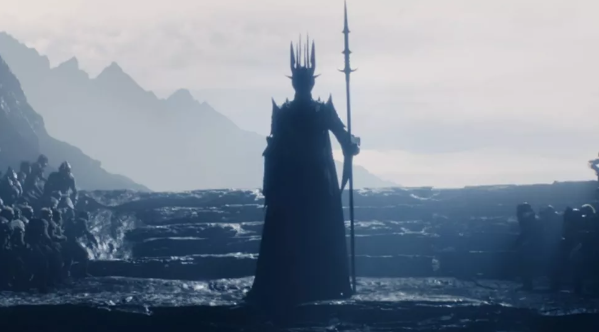 Massive, and I mean massive, spoilers for the finale of the first season of “Rings of Power” are ahead. Read with caution.

In the past, viewers knew Sauron as a faceless, unknown figure in The Lord of the Rings. However, during the first season of the Lord of the Rings prequel, Rings of Power, it became clear that one of the characters we met was probably a big evil in disguise. Now the actor behind the evil creature explained that the villain is a great actor because he tries to disguise himself.

In the finale, we learn that Halbrand, a human, turned out to be Sauron. Although there were suspicions that he was a big villain, he was one of the least likely options. The actor who played this character, Charlie Vickers, explained to EW why Halbrand/Sauron can carry out such a great deception without suspicion:

He’s like the world’s greatest Method actor. He’s like Daniel Day-Lewis. [Laughs] He has to fully immerse himself. It was very helpful to me that he felt and experienced things as a person. And then, in the eighth episode, he drops it and you really see his full strength, and it was really fun to be able to play.

He seems to be right. Sauron is an amazing methodical actor, he really immersed himself in his role and really made us all believe that he is a human and a blacksmith trying to help Galadriel:

Before making this statement, the journalist and Vickers talked about Halbrand seeing Sauron with a face for the first time. The actor behind the character explained what it was like and how he understood how the evil being was able to carry out his plan in deep disguise. He said:

It’s very exciting and I feel very privileged to be able to create this character and portray him at this stage of his journey. He’s a liar, isn’t he? And he’s a werewolf. He has a lot of abilities, but these are two of his main things. So, when creating a human face for him, I like to think about his deception. If he wants to deceive Galadriel, if he wants to deceive Elendil, Miriel, Farazon, he must devote himself completely to what he is doing in his deception. It was really useful for me to think, okay, well, if Sauron is a man, then he will live and experience everything as a person in order to comprehensively create this character and deceive.

The Fnatic Esports Organization Presents a New Music Label With The...

Clarity Boost Is Coming To Xbox Cloud Gaming: This Is How...