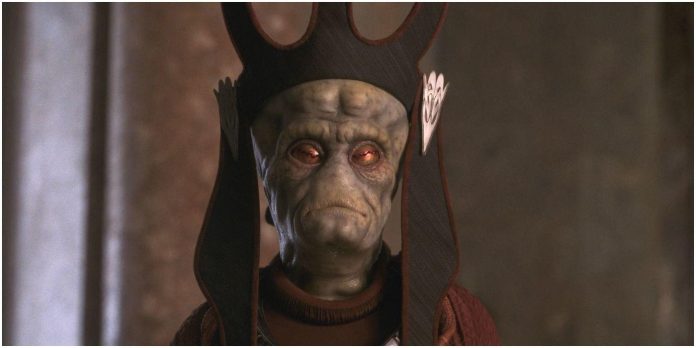 Silas Carson, who played the role of Nute Gunray in Star Wars: Episode I: The Hidden Menace, defends the film against accusations of racism leveled against his character. Carson’s involvement in the “Hidden Threat” went far beyond one Neimoidian leader, as he eventually played a total of four roles, including; Neimoidian politician Lott Dodd, representing the Trade Federation in the Galactic Senate, co-pilot of the embassy transport Qui-Gon and Obi-Wan “Shining VII” Antidar Williams and Jedi Master Ki-Adi Mundi. He also continued to play the roles of Gunray and Mundy in the rest of the prequel films.

However, this role must have caused some concern, since shortly after the release of The Hidden Menace, Gunray’s character was accused of a racist caricature. Many considered him and the entire Neimoidian race to be caricatures of Asian people and pointed out that their costumes were similar to historical Chinese clothes. However, a particular problem was how Neimoidians spoke short, nasal English, a racist stereotype that is often used to depict Asian people trying to communicate.

By topic: Did Obi-Wan have romantic feelings for Padma?

Carson, however, sees it differently. In an interview with The Geeknd, he addresses the controversy, emphasizing the defense of screenwriter and director George Lucas from any racist accusations. The actor spoke about the process of creating the voice of Nute Gunray. Check out his comments in the space below:

“It was George’s idea. He was looking for different accents that would suit these characters, and I know that after the release of “The Hidden Menace” a lot was said, many people seemed to think that these were Japanese voices and there were some, you know, unpleasant disregard for the economy and global geopolitics, this did not happen at all.

[Lucas] had actors all over the world record lines, and then he listened and sort of figured out for himself what he thought sounded right.,

Thai actors speaking English words sounded like they were stuffed up their noses. You know, we all have a different way of speaking, if you listen to an American accent, it will be more nasal than English […] And therefore with these Thai guys it just seemed that they had a stuffy nose. . And George thought that sounded right, because Neimoidians don’t have noses. That’s why he chose this accent.

I know that George is not the kind of person who puts some hidden slights into his films.”

On the one hand, Carson’s defense of Lucas and description of the creative process are really able to counteract the speculation surrounding the “Hidden Threat” and eliminate the idea that Lucas deliberately placed offensive stereotypes in the film. Such accusations were also made against Ja-Ja Binks, who was considered by many to be a caricature of the Caribbean, although both Lucas and Binks’ actor Ahmed Best publicly denied this. The fact that Carson repeats this opinion shows that the characters of the “Hidden Threat” clearly never had racist intentions. On the other hand, if Neimoidians are based on how a certain group of people talk, then it would not be too exaggerated to call it a kind of caricature, even if it is related to the physical limitations of Neimoidians. While Carson explains that the cowardly, slippery aspects of the character are entirely based on the work of legendary villain actor Peter Lorre, and not on any cultural aspects, it’s not hard to understand how some people associate this with a speech defect and concluded that it’s a caricature.

This is a difficult topic to discuss, especially because the discussion around this topic and discussions in the Star Wars fandom in general can be so contradictory. Although there was most likely no racist intent, and Carson’s remark that Lucas did not want to make any “covert slights” is almost certainly true, looking back at the film with our modern approaches to racial portrayals, it does not benefit and, since it was previously said that these criticisms were taken into account at the time of the film’s release. Perhaps the best option is to view the “Hidden Threat” as an opportunity to learn how easily simple decisions made by actors can easily be interpreted as an offensive image, even if it is done with the best intentions.