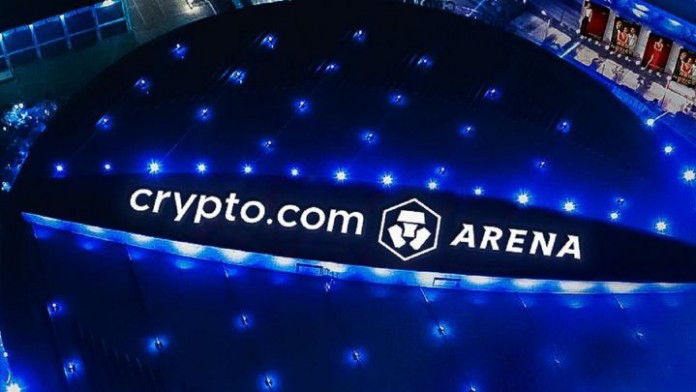 Cryptocurrency: The world of sports is one of the great claims for advertisers. Having your space on television or on the Internet is important, but being a sponsor of a team in any sports discipline gives a lot of notoriety. In this case, it is time to talk about a change that will be very important for fans of the Lakers and Clippers with the change of name of the Staples Center to one of the most important cryptocurrency websites.

Welcome to the Crypto.com Arena

In these times, there are many users who decide to allocate part of their income to investing in cryptocurrencies. It is not something that is recommended by high economic institutions, but it is a practice that many do despite the warnings. But it is a fact that little by little they are taking more and more presence to the point of being something within everyone’s reach.

And it is that their presence may soon reach the sports field with the new sponsorship that the stadium where the Los Angeles basketball teams play will have. And it is that the Crypto.com website will give its name to what until now was the Staples Center. An announcement has already been made on the Twitter account of the cryptocurrency purchases website in which his name will soon be the one that will appear in the renewed Crypto.com Arena.

We're extremely proud to announce that Staples Center, Los Angeles' most iconic arena is getting a new name:

As part of this 20 year partnership, we're also excited to welcome the @Lakers & @LAKings as our newest partners! pic.twitter.com/KCfYKySDRt

If you did not know the site, it will tell you when is the best time to buy a cryptocurrency thanks to its trading system. It also works as a digital wallet in which you can save all the cryptocurrencies you buy and then manage them however you want.

Los Angeles on the warpath over name change

As always, there are users who do not like the changes at all. Of course, we are talking about something as emblematic as a local stadium, an emblematic space for local users. These are the ones who have most commented on this important change that the Staples Center changes its name to that of a cryptocurrency, which also has the name of Crypto.

As you can see, there are tastes for everyone, but it is a fact that we will soon see how the stationery brand disappears due to the cryptocurrency site on the facade of the stadium. This is a major change in the world of sports sponsors. In the case of our country, you may not know that Cádiz F.C. has a sponsor of a cryptocurrency, so it is something more and more common among companies.