Home Entertainment The Squid Game In Fortnite; How To Play And Creative Mode Map... 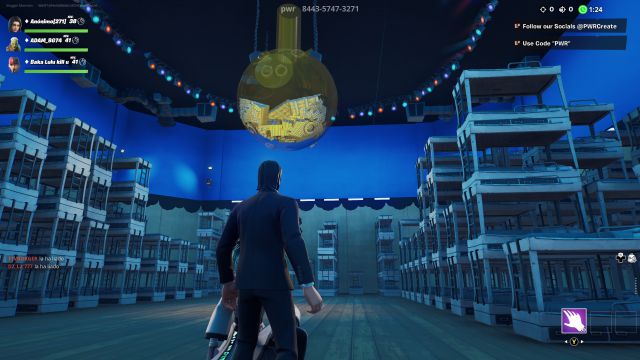 The Squid Game / Squid Game comes to Fortnite Battle Royale unofficially on a Creative map that faithfully recreates the games in the series. The Squid Game / Squid Game is already Netflix’s most watched series. Faced with such success, it was more than understandable that recreations in video games as popular as Fortnite Battle Royale would come out. In this news we tell you how to play The Squid Game in Fortnite, thanks to a Creative Mode map that faithfully recreates the macabre games that the characters in the series are subjected to. Of course, before, we remind you that, currently, Fortnite Chapter 2 is in Season 8 of the Battle Pass.

Fortnite: how to play The Squid Game

The PWR Squad Game Creative Mode map in Fortnite recreates the different Squid Game / Squid Game games with astonishing accuracy. The map code is 8443-5747-3271. To play it, it is as simple as going to the Fortnite Battle Royale mode selection menu, and entering this code in the “Island Code” tab

The Last of Us Part II: Naughty Dog Explains The Origin...