Home Entertainment The Squid Game Breaks Records On Netflix; The Most Successful Premiere In... 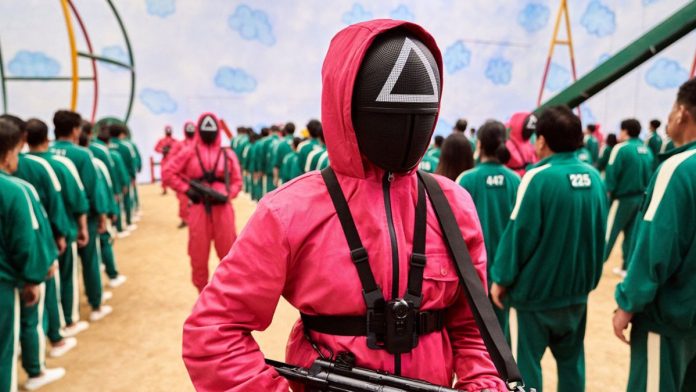 Squid Game: The South Korean series manages to wow 111 million viewers in its first four weeks. A worldwide phenomenon that sweeps the platform. The Squid Game is already the most successful series in Netflix history at its premiere. The first 28 days have elapsed since the debut of this South Korean production, the play has reached a global scale and accumulates more than 111 million viewers in four weeks; quite a record for the platform. Netflix itself has celebrated the information of this mass phenomenon that does not stop gaining followers.

Squid Game, the survival game everyone wants to see

Because just a month ago no one was talking about Squid Game, as it is known internationally; However, in a matter of days it has overtaken hits like Bridgerton, which so far held that top spot as Netflix’s fastest-watched series in its first 28 days. It also surpasses, consequently, Stranger Things, La Casa de Papel or Lady’s Gambit. How far The Squid Game will go is impossible to estimate right now, as its popularity has not peaked.

Netflix is ​​very rigorous when it comes to offering audience data; whether it’s across regions, population segments, or other metrics analysts are passionate about. That is why we do not know what type of public is liking the most (and why) this production. What is clear is that The Squid Game is a trend on social networks like Twitter, it has grown exponentially in Google searches and is, without a doubt, one of the most talked about series of this last quarter of the year.