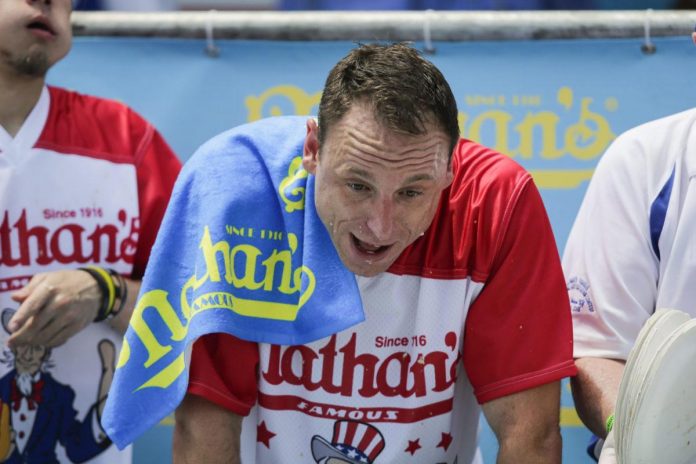 One of the greatest sports champions in American history will play with an injury on Monday.

Joey Chestnut, the greatest winner of Nathan’s hot dog eating contest of all time, is going to defend his title on the fourth of July.

However, the longtime food champion will be playing with an injury. He’ll be on crutches on Monday.

“It’s a tendon tear,” he added of his injury.

“The WWE creative can’t even defend this title,” another fan admitted.

Nathan’s hot dog eating contest will be broadcast on ESPN on Monday afternoon.

Kyler Murray talks about the media: The NFL World Reacts –...