Home Entertainment The Splinter Cell remake should be as close as possible to the... 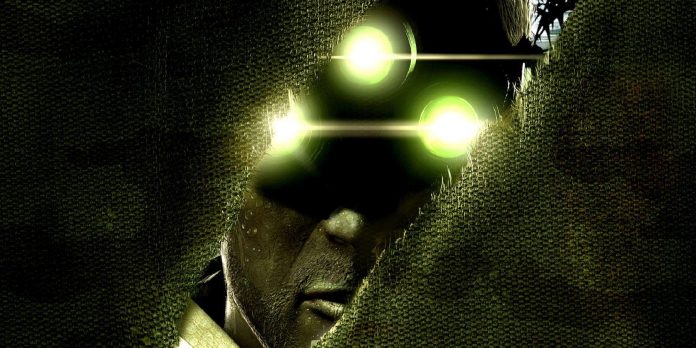 It’s been a long time since Splinter Cell fans have tried on the role of Sam Fisher in yet another stealth action adventure traveling the world. Since the release of Splinter Cell Blacklist in 2013, the franchise has been largely inactive, and beloved Sam Fisher has only sporadically appeared in Ghost Recon and Rainbow Six games. However, soon all this will change thanks to the announcement of the Splinter Cell remake.

Ubisoft’s Splinter Cell remake was announced at the end of 2021, to the delight of many fans. The remake is still far from release, and recent vacancies show that Ubisoft Toronto is still actively recruiting directors and coordinators for what will undoubtedly be a significant undertaking. Nevertheless, even twenty years after its first release, the original Splinter Cell remains one of the key innovators in the stealth genre and should serve as a model for the upcoming remake. Some of the best features of the franchise are in the past, and that’s why fans fell in love with Splinter Cell many years ago.

Return to a Redefined stealth action

In 2002, Splinter Cell made its way onto video game consoles and changed the definition of stealth games thanks to the innovative use of stealth in the environment. With the new sonic mechanics, Sam could sneak right behind the guards while he was slow and calculating, making sure no floorboards creaked under his feet as he approached. Sam could even sneak right under the noses of enemies while being consumed by darkness, shooting at every light in the room to create an environment in which he and his night vision goggles became the ultimate predator. The light and sound mechanics of Splinter Cell will allow you to create a new type of stealth, in which simply hiding behind boxes in broad daylight will not be enough. Sam Fisher will become what Lambert calls “the shadow of a ghost.”

“Your weapon should always be the last resort. Invisibility is your best weapon.”

These were Lambert’s guiding words to Sam during the opening of Splinter Cell, which set the standard for the original game along with Pandora Tomorrow and Chaos Theory. Brazenly shooting at every enemy in sight is a risk in the original Splinter Cell. Not only that, but also the risk that the game usually punishes. In later Splinter Cell games, Sam became more like a shooter, exchanging the applause of sound and light mechanics for a simplified approach to stealth, as well as a combat focus, thanks to which Sam could clean up an entire room in the shortest possible time. For Ubisoft’s Splinter Cell remake to succeed and create an authentic experience of the original, it must return to the methodical and tactical approach to stealth that was considered dogma in earlier games.

The Return of the Classic Sam Fisher

Perhaps one of the most controversial changes in the Splinter Cell franchise was the removal of Michael Ironside from the voice of Sam Fisher in the Splinter Cell Blacklist. However, this change was not completely unreasonable. Ironside had to give up the role due to health complications during the development of the Blacklist and in subsequent years. Moreover, in later Splinter Cell games, Sam Fisher has completely moved away from the sarcastic and witty version of the character presented throughout most of the original trilogy. “Double Agent”, “Conviction” and “Blacklist” forced Sam to take on a grayer and more domineering role, losing a lot of humor from the character, as well as changing his attitude towards other actors.

The Splinter Cell remake should return Sam Fisher to his former form and try to bring back the iconic voice of Ironside with all his dry wit and charisma. Part of the charm of the original Splinter Cell game was that Sam humiliated the subjects of his interrogations or engaged in deadpan jokes with Lambert and Grimmsdottir as he made his way through the shadows. This remake should convey this characterization of Sam Fisher to create an accurate representation of the agent that fans enjoyed many years ago. There is also hope that Ironside will return in the remake. Currently, the actor seems to be doing well in terms of health, and he even reprised his role in brief appearances in Ghost Recon Wildlands and Breakpoint. If he is lucky, he will be able to voice a full-fledged game once again.

A remake of Splinter Cell is currently in development.