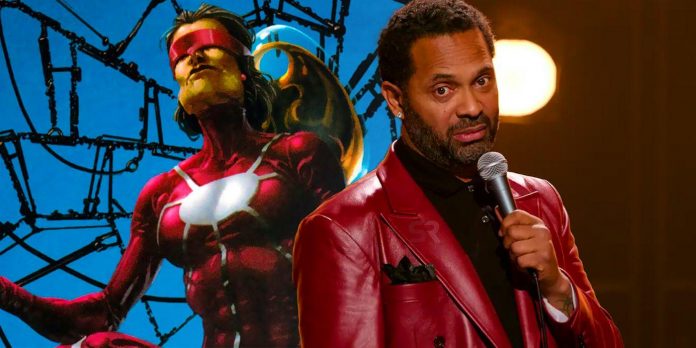 Famous comedian Mike Epps has joined the cast of the film “Madame Web”. As Sony’s Spider-Man Universe (SSU) continues to expand its brand, it is using some of the most obscure comic heroes and villains for solo films. Kraven the Hunter and El Muerto are preparing for release in the coming years, and the film “Madame Web” is also in development, which will introduce the first female superhero SSU. Directed by S. J. Clarkson with a screenplay by Kerem Sangi and the duo “Morbius” by Matt Sazama and Burke Sharpless. Starring Madame Cobweb is the actress of “Fifty Shades of Grey” Dakota Johnson. Plot details are currently scarce, although reports suggest that the film will focus on a version of the superheroine Julia Carpenter, who is a protégé of the original Madame Web, Cassandra Webb.

Now Deadline reports that Madame Web has added another name to her stellar ensemble with Next Friday and Friday After Next star Mike Epps. The actor-comedian joins previously announced Tahar Rahim, Emma Roberts, Celeste O’Connor, Isabela Merced and Sydney Sweeney in Madame Web, and, as with all other actors, the details of his role are also kept secret. Epps has not yet made a statement about his casting.

Related: Sony Already Has the Perfect Way to Fix Problems After Morbius Credits

Epps is a well—known stand-up comedian whose special programs are liked by everyone. Most recently, he entertained fans with his iconic comic moment in the Netflix sitcom The Upshaws, and the performer is also set to star in Natalie Portman’s Apple TV+ miniseries “Lady in the Lake.” So far, Epps has mostly played comedic roles, so it’s likely that he will bring his funny talents with him to Madame Web. If this is true, then it means that the upcoming SSU movie won’t be that serious. Rather, it seems to include an entertaining mixture of humor and sincerity, which will make the blockbuster interesting and watchable. More detailed information about the film will be known after the start of filming of “Madame Web” at the end of this month.

Wolverine & Colossus Adamantium improvements have made it truly indestructible