Home Entertainment The Spells & Secrets trailer reveals a Rogue-Like setting in the style... 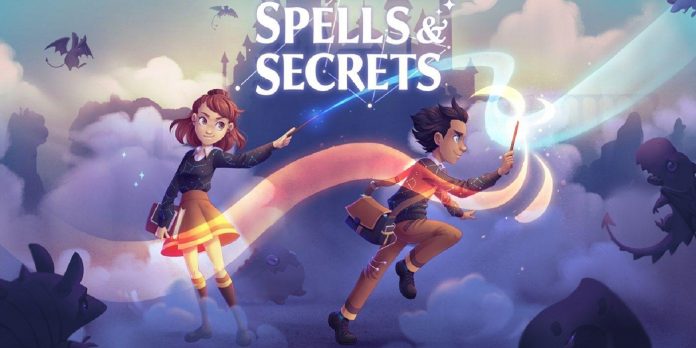 During the screening of the Summer Game Fest Guerrilla Collective 3.0, the new exciting fantasy role-playing game Spells & Secrets received a gameplay trailer showing a setting similar to Harry Potter. Despite the fact that the popularity of magical fantasy adventures is currently growing, including such long-awaited games as Chucklefish’s Witchbrook and the upcoming Harry Potter game Hogwarts Legacy, not many games use a bright and playful environment. For those who want to skip another pixel role-playing game or want something less serious than a new Harry Potter adventure, Spells & Secrets may be a good option.

The Spells & Secrets project, which was first announced on April 5, 2022, significantly exceeded its Kickstarter support goal: 2,533 people supported the project. The game takes place in a school of magical wizards, known as Greifenstein, where players will need to solve puzzles, cast spells and solve mysteries to save the school from the invasion of magical creatures. Unlike the dark atmosphere of the Hogwarts Legacy, the light 3D style of Spells and Secrets looks bright and cute, and the magic of spells is highlighted with very rich colorful flashes. In the original Spells & Secrets trailer, it was also confirmed that a co-op mode will be available, allowing players to take their wands and team up with friends during the game.

However, the updated Spells & Secrets trailer, which was shown during the Guerrilla Collective 3.0 demo (via IGN’s YouTube channel), gives a more detailed view of the magical world of Greifenstein. The trailer offers a look at the extensive customization of player characters, as well as dueling and magical combat mechanics, and even implies that players can transform into creatures using certain spells. In addition, the trailer for “Spells and Secrets” shows the environment that will be around the magic school, including outdoor areas, common areas and classrooms.

However, although the action of “Spells and Secrets” takes place in a magic school, it seems that players will not attend classes, join houses, or use other magic skills such as creating potions. Focusing on solving puzzles and using spells, the game is likely to use an open-ended exploration style, allowing players to move between locations to fight creatures, find magical items, and piece together clues about the overarching plot. However, for those who want to join the Hogwarts Legacy faculty, the lack of other features may make the game less challenging and exciting compared to other games scheduled for release in the near future.

Surprisingly, one of the best features featured in the “Spells and Secrets” trailer is character creation. Although many role-playing game creators limit skin tones, clothing, and hairstyles, it seems that Spells & Secrets strives to embrace diversity. The trailer showed a wide range of hairstyles and skin types, and it also seems that players will be able to choose any clothes they like, regardless of the gender of the chosen character. Although Spells & Secrets doesn’t have a full release date, early access is currently scheduled for summer 2022, meaning players may only have a few months before they embark on a new magical adventure.

Where are all the downed satellites in CoD Warzone

Song Kang Didn’t Like Playing This Character, Is It His Hater?