Home Entertainment The Soundtrack of My Life: Bill Nighy 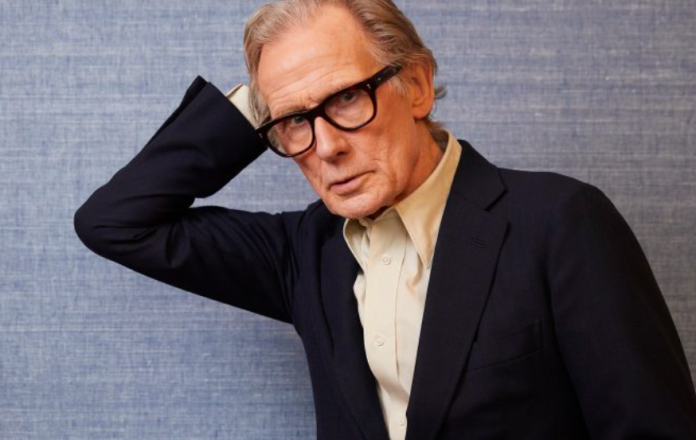 The first song I remember hearing

Ricky Nelson — “Fools in a Hurry”

“My sister, who is a little older than me, started buying records before me. She bought Ricky Nelson’s Fools Rush In, and I remember thinking: “It’s perfect.” She played it all the time, and it seemed like she was from another planet. It was the first time I really paid attention to a pop record.”

The first album I’ve ever had

“My sister bought it for me… I used to know every word of every Georgie Fame album. Later I met Georgie Fame a few times because I often went to [Ronnie Scott’s jazz bar in London]. Once a year he spent a week at Ronnie’s, and [my friends and I] always went there. We weren’t scooter mods, but we liked to think of ourselves as modernists. You see, when you reach my age, the word “fashion” is lengthened to modernists.”

A song that reminds me of Charlie Watts

“I met him once on Bond Street in London. I was wearing a suit and someone behind me called my name (“Bill!”) and I turned around and it was Charlie Watts [from The Rolling Stones]. There are very few people in the world who completely stop me in my thoughts, and Charlie Watts is one of them. I was instantly, deeply flattered that he knew my name and that he said it. Anyway, he was immaculately dressed in a tailored suit. He reached forward, felt the lapel of my jacket and said: “You’re an actor, you have to be thin.” to hear it.’ Then he got in the car and drove away.”

The song that makes me think of home

“My father Alfred was a Bing Crosby fan, and my older brother Martin is a singer. He didn’t practice singing, but he always had a band, and he won The X Factor of his time at a national television competition. Anyway, he was a Frank Sinatra fan and my dad was a Bing Crosby fan, so this song suits them both. My father thought it was the best popular entertainment. He just sat and listened, he liked it.”

“When I was 11 or 12 years old, my dad and I usually had a snack before going to bed. He would drip (collected from all the roast) on a large piece of bread, and I would butter and golden syrup. I would have done mine, and he would have done his. It was perfect. And I remember telling him one night while making snacks: “If I had written “One For My Baby (and One More For The Road)” by Frank Sinatra, I would have died happy.”.

A song that reminds me of actor Ian Holm

“The Fall of Gil-Galad” performed by Bill Nighy (as Samwise Gamgee) in the 1981 BBC radio dramatization of The Lord of the Rings.

“It was such a wonderful job and what a cast! John Le Mesurier as Bilbo and Ian Holm as Frodo. What a cast. I remember the first time I met John Le Mesurier at the BBC music studio in Maida Vale, where all the big concerts were [recorded]. They had an orchestra, and Jan and I had to sing along. I was very nervous about it. [Ian] talked about his own. I remember he always wore red socks. He was a very good man.”

The song I can’t get out of my head

Anita Baker – “Giving You the Best I Have”

“I sing compulsively when I walk down the street. Not loud, just under your breath. I know the first two lines for everything, if I’m lucky. Sometimes it’s just one line, so I’m trying to learn the songs. Lately I’ve been learning “Giving You The Best That I Got” by Anita Baker, so now I can sing it all, almost all of it. And various other things.

The song I can’t listen to anymore

Bob Dylan — “Most of the Time”

“There were periods in my life when there were certain songs that I just couldn’t listen to because of how things turned out. There was a time when I couldn’t listen to Bob Dylan’s “Most Of The Time” without blowing up the whole room. I won’t tell you why, but you can put it together.”

The song that makes me dance

Marvin Gaye — “Turn on the Music”

“I like to dance. Although I am very shy. One day I was asked to go to a special Christmas dance with the stars. I said no. I would have ruined everything. But if you leave me in a corner with a dim light… if I close my eyes, I’m fine. I suppose you would call it a “soul dance”.

The song I want to play at my funeral

“Can I have two? I’ve already been buried under Nick Cave’s “Into My Arms” in the movie “About Time”, which is hard to beat. I hope Richard [Curtis, director] doesn’t mind if I say there were other options for this slot. One of them was “Signed, Sealed, Delivered (I’m Yours)” by Stevie Wonder, which just made me laugh. The coffin was supposed to be brought in and Stevie would sing “Signed, Sealed, Delivered,” which was pretty funny. But I wanted Richard to go with Nick Cave. And he did. I met Nick backstage one day and he was very charming. I’m a big, big fan.

“I think he’s one of the greatest singers in the history of singers. It’s a pretty romantic song for your funeral. And a saxophone solo is all one note, it’s so radical and so cool. And then maybe at the end we should play “Papa’s Got A Brand New Bag” by James Brown so I can dance in my coffin. It’s going to be a very long funeral!”

Bill Nighy is starring in the movie “Life”, which is released in theaters today (November 4).

After Deepfaking The Judges, America’s Got Talent Metaphysical Talks Give Up...

Stranger Things: The new relationship we suspected arrives in this fourth...