Home Entertainment The Slingshot on The Carnival Attraction Was Shot in The Air, and... 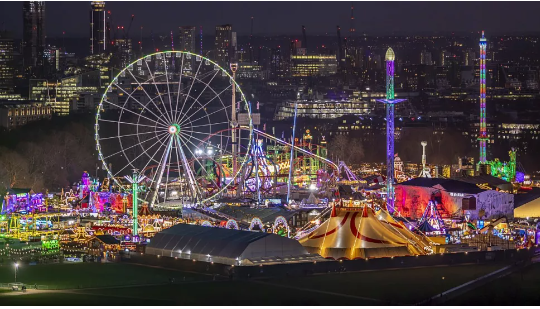 The year 2022 seems to have been the year when the rides at theme parks and amusement parks went out of order unusually. Many people were stuck on the rides, injured and even killed in tragic accidents, and although no one was apparently injured in this latest incident, that doesn’t make the video any less terrifying.

The accident occurred on a slingshot ride in the Winter Wonderland of Hyde Park in London. The ride is a fairly simple immersive experience when a pair of riders are caught in a metal ball that is thrown into the air, attached to a pair of heavy-duty rubber bands. Unfortunately, as can be seen from the video posted on Twitter, immediately after the start of the trip, one of the belts loosens, sending riders into a metal support pole. Check it out.

Although it could have turned out very badly for the riders, the Daily Mail reports that two people inside after being rescued from the capsule were examined by medical staff, and neither of them suffered any injuries. It’s probably a good thing that the line failed immediately, because potentially everything could have been much worse if there had been more momentum in the capsule at the moment of the line break. The cause of the incident is being investigated, and, obviously, the attraction is closed.

This is obviously a nightmare scenario, as such thrilling rides are designed to make people feel like they are in danger without actually putting them in any danger. Many people who do not go to such attractions specifically avoid them because they are afraid of such things. It almost never happens, of course, but it only takes once.

This accident (hopefully) ends a year that has been full of numerous accidents on rides. In March, a teenager in Florida died after falling from a FreeFall attraction at Icon Park. It was recently confirmed that after the tower was decommissioned, it will be removed from the park.

A significant number of roller coasters were also held during the year. In August, several injuries were reported at El Toro at Six Flags Great Adventure in New Jersey. Later, during the inspection of El Toro, significant structural damage was found. A month earlier, an accident on a roller coaster at an amusement park in Denmark led to the death of a 14-year-old girl.