Home Tech The sleepers of 2020: the best games we didn’t see coming 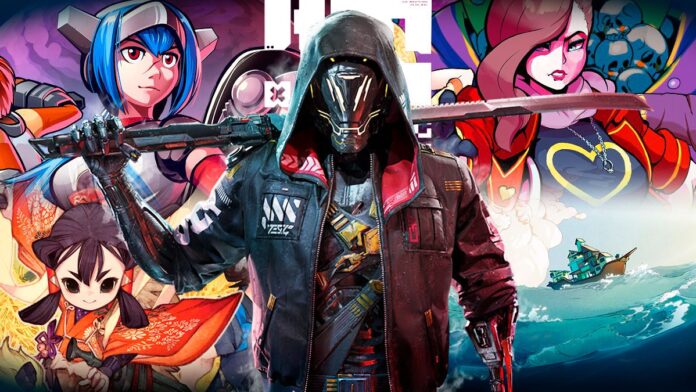 Those video games that only a year ago maybe we didn’t even know about, which have transcended in some way without making noise, due to their quality.

2020 has been a year full of great video games. A year in which we must make a very positive assessment for all that it has given us and what it has meant in the lives of many people who, due to the pandemic that is still raging, have known themselves as a support, a refuge. An accompaniment capable of making us feel more than ever this way of expressing ourselves by what we see on the screen.

It has also been a year full of surprises, works that no one saw coming and that, due to their own merits that respond to their quality, have earned the merit of being considered sleepers, a somewhat vague term that, like everything, is subject to interpretation.

In the writing of this magazine we understand as sleeper that video game that did not arouse expectations, that went unnoticed, that did not come with the trust deposited by practically anyone, but that once they were put up for sale … they stood out, carved their place and, At the end of the day, they rose to the recommended lists as strongly (sometimes even more) as other titles with much bigger budget, prestige or baggage.

It is for this reason that Streets of Rage 4, 13: Sentinels: Aegis Rim or Hades do not enter the following list, because they are excellent, of course they are, and they were not surrounded by millions of dollars behind their backs. Neither Dotemu had to prove anything to anyone nor Vanillaware or Supergiant, who were already brilliant for their work. However, Spiritfarer, Among Us, Call of the Sea, Pistol Whip or CrossCode, among others, are the covers that we want to uncover today, if you still don’t know them. We end the year 2020 and we do it by also celebrating all these works.

A true phenomenon. It arrived in 2018, but we did not know of its existence until the end of this summer, when word of mouth, social networks and, above all, the streamer phenomenon placed this small work by InnerSloth in one of the greatest successes in memory on broadcast platforms. Among Us has brought people together and has become a communication tool. This is attested by its numbers and the ability it has to catch anyone who gives it a chance if it is done in company. Its virtues as a video game are extremely limited, but there are a number of intangibles that are part of the essence of this medium. Among Us wants us to find the impostor; the difference with other works where everything is written is that here everything is to be decided and the player’s involvement affects not only himself, but everyone else. What will happen now? An idea that is now known to be a master. Who knows how long it will remain at this level. Its merit, however, is in the present. A phoenix, one of the unnoticed video games that now everyone knows. The virtue of simplicity.

Sakuna: Of Rice and Ruin

Sakuna is one of the great surprises that we have from the end of this year. A mix between 3D farm management with action, platforming and a really well written story. Rice farming is just the base of a truly immersive title, which takes as its banner some of the mechanics that we have already seen in the past in side-scrolling hack ‘n’ slash and mixes it with the tranquility of our hometown. A tribute to the most rural Japan, a title that makes you feel good and that with very little makes an intelligent and profound video game where we have dozens of hours ahead of us. Edelweiss has hit the bull’s-eye with this title, available on PS4, PC and Nintendo Switch.

Shinsekai: Into the Depths

We saw it a year ago for Apple Arcade, only that it was not until the first quarter of 2020 when we were able to make the fact of having Shinsekai: Into the Depths a reality on consoles, with a traditional controller, which is how we have truly been able to savor this authentic cover. from Capcom. A deep-sea metroidvania with well thought out mechanics that works like a charm. We are in an unknown future, with humanity practically disappeared, but we are alive. In reality, nothing matters beyond moving on, finding the way out and fleeing the ice, which can kill us. Like all metroidvania, regardless of its huge stage (much more than it seems), we will have to retrace our steps to reach those previously inaccessible corners because we did not have the exact ability. A survival work where everything counts, both every point of health and every second. Water makes a lot of sense, it is not merely aesthetic. We were absorbed and we loved it. Available on iPhone and Nintendo Switch.

HyperX Makes Black Friday With Discounts Of More Than 40% On...