Home Entertainment The Skyrim player summons a bed, which then fights off the dragon 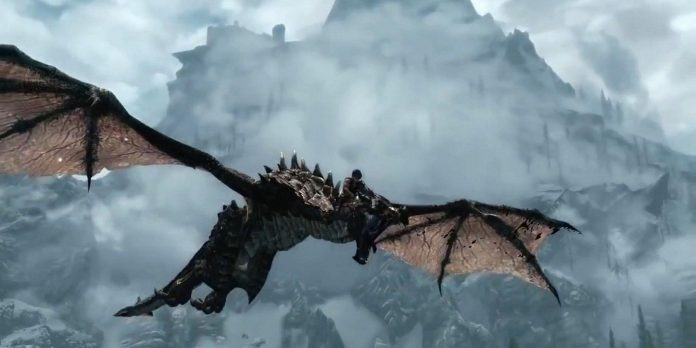 The Skyrim player uploaded a short video showing an unusual encounter between a dragon and a bed. There are several video games with dragons, but it’s fair to say that The Elder Scrolls 5 is perhaps the most famous example. Having said that, these winged beasts are usually known for soaring majestically overhead and threatening to bring down a Dragonborn. They usually don’t pay attention to the furniture, but that’s what seems to have happened here.

The dragon race in Skyrim is a huge part of the game’s history. From this first encounter at the beginning of the game, right up to the battle with the mighty Alduin in the afterlife, these flying creatures cannot be trifled with. Even during a fun walk, a Dragonborn can be suddenly attacked by a dragon without warning. For newcomers to this cold piece of Tamriel, fighting it can be quite a difficult and dangerous task, requiring either a preliminary skill level upgrade, or ranged weapons for safer combat, or enlist the support of non-player characters.

What’s not expected is that these majestic antagonists will attack the bed, but that’s what Reddit user yooohaw recently noticed. The uploaded video shows the player using one of Skyrim’s spells to summon a standard bed. Then this seemingly inanimate object starts moving around the place while the dragon comes to kill. Interestingly, although the bed itself is not struggling, it seems to be a distraction as the dragon attacks it rather than the player. The furniture itself seems to hone the beast, but clearly lacks the necessary limbs and agility to fight the enemy. After all, he also seems to have survived the battle despite being set on fire.

The Summoning Bed is Really Fighting for You from Skyrim

For those who are interested, this is most likely a mod for Skyrim that allows players to summon a bed. A previous post on Reddit says that all this item will do is follow the player, not fight anyone. This recent clip from yooohaw seems to be trying to show that the bed is really fighting, even though the facts are telling and commentators seem to agree that no fight is actually happening. However, this is the entertaining part of the footage.

Such things are the reason that the 2011 open-world epic is still in the spotlight of games. Bethesda may be working on The Elder Scrolls 6, but most likely it is still far from release. Meanwhile, Skyrim fans really want to post interesting and strange moments that they encounter during the game.

Sydney Sweeney reflects on the “shitty projects” She did before she...