Home Entertainment The skins of the Last of us , Part 1 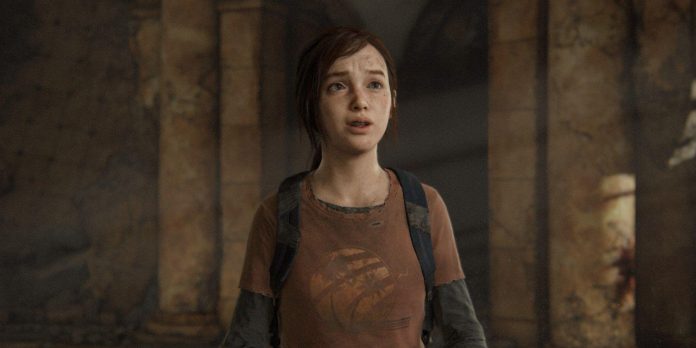 “Last of Us” is a series with a lot of terrifying moments, as well as a lot of drama and heartache, when players witness how humanity is trying to recover from a devastating pandemic. However, among the violence, death and deception, there are a few carefree moments that relieve some tension. Despite the fact that they may quarrel, Joel and Ellie like to share dry jokes, and if players follow them, they will notice random references to video games.

In The Last of Us Part 1, Naughty Dog has added a few more references for sharp-eyed players. Most of them are references to video games, although there are also references to movies. Some of the references seem to be intended for Naughty Dog’s biggest fans, as they reference little-known aspects of the world of The Last of Us. To unlock these skins, all players need is to collect points that are earned during the normal gameplay.

References to the games in The Last of Us, part 1

The Last of Us, Part 1, greatly improves the original game thanks to the PS5 hardware. Enhanced visuals have been combined with 3D sound to provide gamers with the most immersive experience possible, and a number of new access features have allowed more gamers than ever to play Joel and Ellie’s epic adventure. In addition, the DualSense controller has been implemented with tactile feedback and adaptive triggers that allow different types of weapons to feel unique, and the key points are even more impressive.

The remake also brings more skins for Joel and Ellie. In addition to a pleasant cosmetic change, the clothing items offered also refer to many PlayStation games. Players can unlock a shirt labeled ICO, a reference to the 2001 game released by Team Ico — the same studio as Shadow of the Colossus, which is referenced by Ellie’s other outfit. Some of Ellie’s outfits refer to Insomniac games, including Resistance, a series of shooters. The latest game in the series is Resistance: Burning Skies, which was released on PS Vita in 2012. Ratchet and Clank is also mentioned, a long-standing franchise whose popularity only grew after the release of Ratchet and Clank: Rift Apart. on ps5.

Also appearing is “The Return of Hausmark,” an eccentric but fascinating sci-fi work. The studio has released many PlayStation games, and after the success of Returnal was acquired by Sony. There are also quite a few mentions of Sucker Punch games, including the Infamous series, which allows players to experience life with superpowers, the Sly Cooper platformer, and Ghost of Tsushima, in which players play as a samurai who must defend his homeland from enemies. the Mongol invasion. Santa Monica is also not deprived of attention, as the God of War skin is also available here. This is likely to be exciting for PlayStation gamers, as the next installment of God of War is due out in November.

There is a skin that refers to Days Gone from Bend Studio, which is an appropriate reference, since it is also a zombie game. Ellie can also wear a pink shirt with the image of Astro Bot, which became a famous PlayStation mascot after the success of games such as Astro’s Playroom and Astro Bot Rescue Mission. Other PlayStation games mentioned in Ellie’s clothing include Dreams by Media Molecule, Horizon franchise by Guerrilla Games, and Gran Turismo by Polyphony Digital.

References to Naughty Dog and The Last of Us

Some references are a bit meta, as they refer either to The Last of Us series or Naughty Dog. They have three T-shirts with the Naughty Dog logo, which depicts a dog’s paw. This is nothing new for Naughty Dog games, and the studio often uses its logo in its games, and it even appears in the movie Uncharted. Players can put an Angel Knives top on Ellie with the image of a fictional character that only the most ardent fans of The Last of Us remember. Angel Knives briefly appear in The Last of Us: Left Behind during a noisy game between Ellie and Riley in an abandoned mall. The clothes that Ellie wears in The Last of Us Part 2 are also available for her, which is a nice addition.

DC’s New Gods Movie Was Canceled Due To Its Involvement With...