Home Tech The situation with the Metaverse in Turkey has been announced: it can... 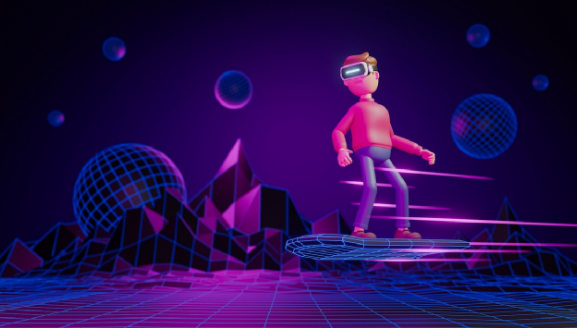 It would not be a mistake to say that one of the most popular topics of recent times is the metaverse. Investments in this concept, which promises to combine real life with the virtual world, are not weakening. Now our country has hosted an event on the topic of the metaverse, which is expected to play a big role in our future.

The event, which was held today in partnership with Meta, one of the first companies that come to mind when Metaverse is mentioned, and Xtopia World, the initiative of the platform for creating a world, focused on many issues, such as the future of the metaverse, what areas it can affect and the position of the metaverse in our country. The innovation meeting was attended by many important names, including Deputy Minister of Transport and Infrastructure Omer Fatih Sayan, Deputy Minister of Industry and Technology Mehmet Fatih Kachir and President of Meta Public Policy Brent Harris.

There is a lot of interest in the metaverse in Turkey.

First of all, let’s take a look at the research on the situation of the metaverse in our country. According to data prepared by Deloitte, 63% of our country’s residents have a positive attitude to augmented reality (XR) technologies. It is noteworthy that this indicator is higher than the global average of 50%. In addition, the data show that in 2021 more than 20,000 virtual lands were sold in our country.

Data showing that the growth of the metaverse can be accelerated by the wider adoption of 5G and AR/VR technologies show that 41% of the country’s population has basic information and communication technology skills, 30% have standard skills and 3% have advanced skills. In addition, it is clear that a significant part of the Turkish population has problems with access to technological equipment due to high prices.

Earlier data showed that our country managed to become the country that received the largest number of investments in Europe in the first half of 2022. The new information indicated that the investments received by the games for the blockchain and the metaverse during this period amounted to $ 20 million. It was noticed that 50% of this was directly directed to the metaverse.

Speaking at the event, Deputy Minister of Transport and Infrastructure Omer Fatih Sayan mentioned the results of the research we mentioned above and stated that in the future we will hear more about the metaverse. Sayan also spoke about the game and stressed that games will play a big role in the metaverse. The deputy minister also said that the metaverse will create new jobs and significantly change education, shopping methods and much more.

Lalin Akalan, the founder of Xtopia, also stressed that the metaverse will shape our future and change our lives. He also added that Xtopia World has created a virtual environment for working with the metaverse.

Meta Public PolicyPresident Brent Harris and Deputy Minister of Industry and Technology Mehmet Kachir were among those who spoke at the event. The duo stressed that they also want to see Turkish in the metaverse. Kadyr also stressed the general statistics and said that our country can be a strong center in the field of the metaverse. The public and private sectors must work together; Among Kachir’s statements was that the resources of the private sector and the rules of society are of great importance in these matters.

Application to Decoup Real Objects in Seconds and Transfer them to...

Xiaomi is said to Introduce a Phone with a 150MP Camera...