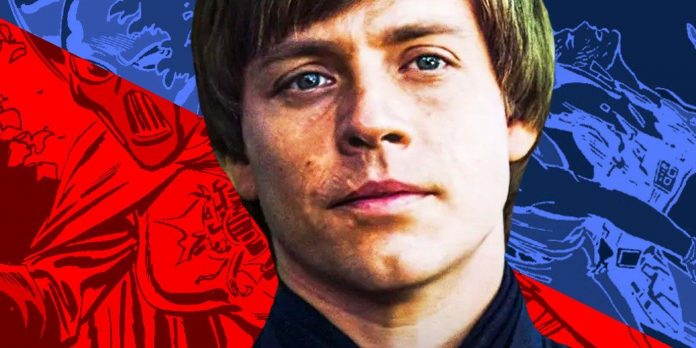 One of Luke Skywalker’s worst enemies in Star Wars, the Dark Lady of the Sith Lumia, is also his ideal opponent on the dark side of the Force. Lumia was introduced to the myths of the “Star Wars Legend” in the classic Marvel comics “Star Wars”, where she quickly came to power after the collapse of the Galactic Empire at the end of “Return of the Jedi”. Just as Luke Skywalker created the New Jedi Order, Lumia founded the Lumia Sith, the next generation of Dark Lords, to fill the power vacuum left after Palpatine’s final demise.

Lumia debuted as Shira Bree, a member of Rogue Squadron and for a time the romantic partner of Luke Skywalker, but secretly she was a double agent under the command of Darth Vader himself. Shira Bree was presumed dead after Luke accidentally shot down her fighter jet (Luke was guided by a Force that could determine her true loyalty), but instead she was severely injured. Shira’s deathbed form was restored by Darth Vader, who recreated her as a cyborg, not unlike his own cybernetic resuscitation after injuries on Mustafar.

Bree reappeared as Lumia in issue 88 of Star Wars (by Mary Jo Duffy and Bob McLeod), and her former name was revealed in issue 96 (by Mary Jo Duffy and Cynthia Martin). Less than a year after the death of Darth Vader and the first death of Palpatine, Lumia became the Dark Lady of the Sith and the first of the new Sith Order to rise from the ashes of the ancient Sith dynasty of Darth Bane. Just as Luke founded the New Jedi Order after his rise to knighthood in Return of the Jedi, Lumia was the Dark Lady of the new Sith Order, making her not just Skywalker’s nemesis, but his equivalent on the dark side.

The old Jedi Order, which had existed for more than a thousand generations, was destroyed by the Empire during the Extermination of the Jedi. However, in the now defunct Legends canon, Luke did not just restore the old Jedi Order with its vicious methods, but instead revised its philosophy and practice. Because of this, the New Jedi Order was much better than its predecessor. While Luke changed and improved the ways of the Jedi, Lumia did the opposite, spending years continuing her education after the Battle of Endor and immersing herself in ancient Sith lore, resulting in Lumia’s Sith being functionally and ideologically identical to the ancient Sith Order of Darth. Bane. Lumia’s machinations, similar to Palpatine’s, plunged the galaxy into a full-scale war and destroyed countless lives, including (indirectly) the life of her archenemy Luke Skywalker, as a result of which the Jedi grandmaster was dangerously close to falling to the dark side.

Lumiya is often underestimated both in the universe and by fans of “Star Wars”, but she really deserved the title of the Dark Lady of the Sith. Lumia was trained by the greatest Dark Lords of the Sith Order, became an expert in the history and philosophy of the Sith Order, and was an extremely experienced and powerful warrior. Less than a year after Return of the Jedi, Lumia managed to defeat Luke Skywalker in a lightsaber duel (although she lost their rematch), and she fought him almost on equal terms during the peak of his power as a Jedi grandmaster. Luke Skywalker and Dark Lady Lumia contrast perfectly with each other, as both are excellent warriors and leaders who are defined by their relationship with Darth Vader and the founders of new religions using Force in the continuity of the “Star Wars Legend”.

Diego Luna hints that K2SO may appear in the second season...