Home Entertainment The Sinister Dead: How to Fight a Necromancer (A Guide for Survivors) 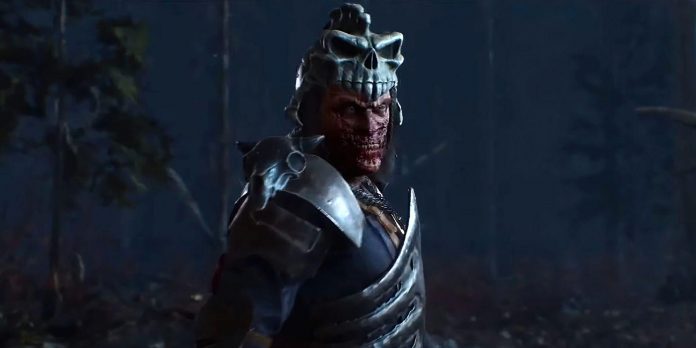 Battle with a Necromancer in Evil Dead: The Game may seem like a daunting task, but understanding how the Demon class works and finding ways to counteract their skills will make it much easier to win as a Survivor. It is difficult for a necromancer to win early on, so completing tasks quickly is vital. There are several ways to deal with Necromancer abilities while simultaneously completing tasks immediately after the start of the match.

A necromancer, just like any other demon class in Evil Dead: The Game, can use three types of units, including skeletons and evil ashes. Necromancers can summon basic, elite squads and boss units, and each type has certain abilities and skill tree buffs that can be used or applied. Familiarity with the Necromancer’s abilities and skill tree can help players better understand the strategy of the opposing team and develop a plan for the victory of the Survivors.

Related: Evil Dead: How to Fight Against Warlord (Survivor’s Guide)

One of the most important things survivors should pay attention to is the flutist. A necromancer can summon a flutist, which increases the damage and defense of nearby units in a fairly wide radius. There is also a skill that significantly increases the range of the flutist, so the survivors should actively try to destroy them. The Necromancer’s Flautist is the greatest weapon of the class, so it’s important to get the skeleton out as soon as possible.

The best strategies to defeat the necromancer in Evil Dead: The Game

The enemy’s necromancer will most likely try to hide his flutist behind a building, on the second floor, or in any other inconspicuous place. When fighting a necromancer, there must be one player or a team of two people in the team of survivors, designed to destroy the flutists. However, flutists are often placed in places that help the Necromancer in Evil Dead: The Game is to catch survivors or ambush. Using Henry the Red or another Warrior will make it easier to find and kill a flutist, because he has a better chance of surviving alone, even if he is ambushed by several detachments.

Since it is difficult for a Necromancer to achieve an early victory, the Survivors should start completing tasks as soon as the match begins. When the group appears, the players must split up and cover the area surrounding the first part of the map. Other parts appear relatively close to the first, so having other survivors speeds up the process. After the map fragments are collected, the survivors must split into groups of two to simultaneously go after the pages and daggers. Completing one of these tasks will exorcise the Demon, so the survivors will have time to heal, even if the necromancer destroys one team.

When a group of survivors in Evil Dead: The Game fights with the Sinister Ashes, it’s best to use ranged attacks as often as possible. If Irreparable damage is applied to the Necromancer’s build, then Survivors cannot be treated from any source after being hit by Evil Ashes. Since the boss is using a sword, it’s better to step back a little when possible. Otherwise, a Warrior class character is usually better suited for boss combat if health and melee buffs are applied to him. Fight the Necromancer in Evil Dead: The Game becomes easier when players actively search for a flutist, quickly complete tasks and coordinate attacks against the boss.

After NCIS’ First Three-Part Crossover With Hawaii and Los Angeles, Should...