Home Tech The Sims Can Reveal Whether You Are a Psychopath 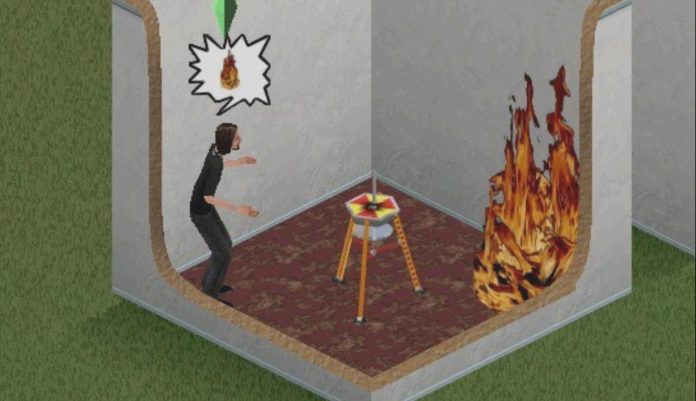 Canadian researchers conducted a study of people who displayed bully behaviors to characters while playing The Sims. In this experiment of 205 participants, it was revealed that people who commit aggressive behavior to their Sims can also become psychopaths in real life.

Millions of people have experienced The Sims series, one of the best simulation games in the world, for a short time. In this game where you can make the characters do whatever you want, things can get out of hand sometimes and you can start making these characters do things that you could never do in normal life.

Among these behaviors, as many of you will remember, there are actions such as starting a fire from the stove and walling around the character and waiting for your Sim to die. Researchers at Lakehead University in Canada conducted a new study to examine the psychological underpinnings of such behavior demonstrated in the game, and the results are really interesting.

Aggressive people see people who are not like them as weak

Researchers started an experiment on nearly 200 people to identify people who display behavior that could be considered psychopathic while playing The Sims. Psychopathic behaviors were divided into 5 categories: manipulative, deception, lack of empathy, irresponsibility, antisocial and aggressive behaviors.

In total, 205 participants were asked to create their own Sim and all characters were placed in the same house. Researchers studying the interactions of Sims with each other observed that people who behaved aggressively towards other characters also behave psychopathically in real life.

A family designed by the researchers was also included in the game. The physical appearances of all the characters in the family were identical, and the purpose of these characters was to look at how people who display psychopathic behavior interact with manipulable Sims.

These players, who were described as psychopaths, came to the game for entertainment purposes only and began to behave more angry and aggressive towards non-violent people. According to the researchers, psychopathic people see it as a sign of weakness when they do not see aggressive behavior like themselves from the other side, and this provokes them even more.

Characters who displayed aggressive attitudes were ostracized from society, as they could be in real life, and were described by other characters as less friendly, sympathetic, and fun.

“Not everyone who exhibits the same behavior should be considered a psychopath.”

As a result of all these researches, as we mentioned at the beginning of our article, the question of whether I too can be a psychopath comes to the mind of the players who tortured their Sims. But the lead author of the study, Beth Visser, says you shouldn’t worry about this, as people who display psychopathic behavior in real life are only slightly more likely to act like this in the game. Visser continues his explanation with the following words; “There are millions of normal people who do horrible things for their Sims and see it just as a childish game.”

A Method to Block God Mode Discovered in GTA Online