Home Entertainment The Sims 4, now free to play, could make a big difference... 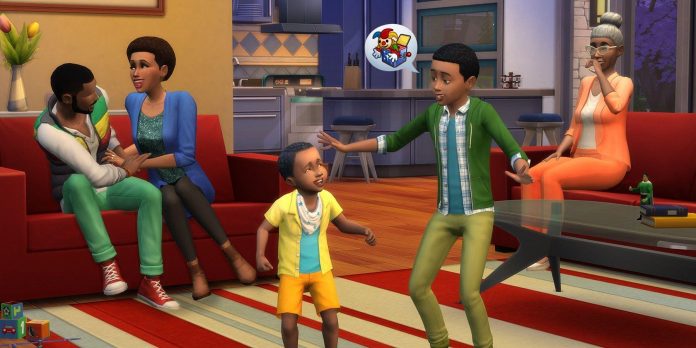 It became known that The Sims 4 base game will soon be free, which is a big step for the popular life simulator. Although the game is about eight years old, it still has a large player base, which is likely to become much larger after the change takes effect this October. The new Electronics Arts strategy could have major implications for the franchise, especially for future games like The Sims 5, which has yet to be confirmed, although fans are looking forward to it.

Making The Sims 4 a free game is a risky move, but there are game franchises that have made the leap with positive results. If EA decides to stick with the free-to-play model in the future, it could mean that future The Sims games will be more popular than ever. However, it can also be costly for gamers if developers direct their resources to extensions where they hope to make a profit. Gamers will learn more about what awaits the series on the stream Behind the Sims Summit in October.

For years, EA has followed a pricing strategy for The Sims that has turned into a billion-dollar franchise, although some players felt like they were being ripped off. Along with each part of the main line of The Sims, a basic game is released, which has everything gamers need for a great time in The Sims. However, since the games are life simulators, players are likely to spend dozens of hours in them, and the content eventually becomes outdated.

Fortunately, many expansion packs have been released to complement the basic games. They are presented in the form of Stuff Pack sets with clothes, furniture and other useful assets, Game Pack sets with new locations and goals, and Expansion Packs with basic features such as seasons and universities.

EA recently announced that it will radically change the way gamers approach The Sims. Starting from October 18, 2022, gamers will be able to download The Sims 4 base game for free on all platforms. This suggestion is impossible to ignore, because despite the fact that The Sims 4 was released in 2014, it remains one of the most exciting life simulation games. Gamers will still have to pay for all expansions, and EA has stated that it will continue to support The Sims 4. On October 18, it will tell a little about what it is working on during the broadcast of Behind the Sims Summit.

How could this change affect The Sims franchise

EA’s decision is likely to have a major impact on The Sims franchise in the future. Since the price barrier no longer exists, The Sims 4 is likely to see a large influx of players, and these players may eventually become paying customers if they are tempted to purchase one of the many add-ons. However, it is worth noting that The Sims 4 has been in its life cycle for quite a long time. Thus, creating a free game may be EA’s strategy to ensure that the game remains profitable in the years to come, as it looks like the company is betting on a lot of The Sims 4 add-ons to serve as the main source of profit. . Consequently, it would be unreasonable for The Sims fans to expect future games to be free at launch. If The Sims 5 becomes a free game, perhaps, like The Sims 4, its service life will come to an end.

However, there is a chance that The Sims 5 will become a free game, and The Sims will not be the first franchise to make the transition. Many other developers have decided to follow the same path with different levels of success. Rocket League, developed by Psyonix, originally had a price tag, but in 2020 it became free. This turned out to be a good move, as the game remains popular and the Rocket League championship series continues to flourish. Similarly, Fall Guys was wildly successful after its release in 2020, and when it became free in June 2022, it managed to attract another 50 million players. If EA does everything right, the free-to-play model can benefit both gamers and the company.

While the idea of playing The Sims 5 for free is tempting, it may have some drawbacks. In particular, this may lead to the fact that the base game will become more skeletal, and more attention will be paid to paid extensions. Paradoxically, the free The Sims 5 may turn out to be more expensive for gamers, who will then have to buy a lot of expansion packs to finally get the game they want.