Home Entertainment The Sims 4 Celebrates Its Golden Anniversary With The New Expansion I... 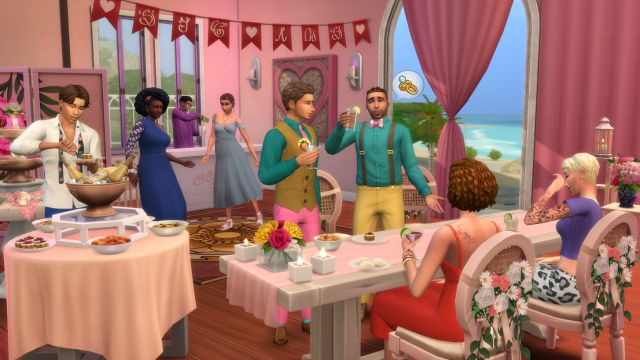 The Sims 4: Electronic Arts presents a new expansion focused on weddings with My Wedding Stories, available this month on PC, Mac and PlayStation and Xbox consoles. The Sims 4, the popular Electronic Arts video game that remains at the crest of the wave of the simulation and virtual life genre since its distant launch in 2014 with the release of numerous content expansions, now presents its new downloadable content known as Yes, I do! (My Wedding Stories), a new expansion focused, as its name suggests, on celebrating weddings in style. And to celebrate the announcement, we have a new trailer that you can see on these lines along with its release date on PC, Mac and PlayStation and Xbox consoles: February 17, 2022.

Get married virtually with the new expansion of The Sims

“We present you Tartosa, the most romantic world in The Sims 4. With its dazzling sunsets, its spectacular beaches, its captivating gardens and its impressive waterfalls, Tartosa is a paradise created for love”, we can read in its official description, thus introducing the new scenario of this new content expansion.

Choose your Sim of honor and get ready for a lot of fun and planning. Visit venues, taste cakes and choose the perfect flowers. Host engagement and rehearsal dinners, and enjoy memorable nights out. With the pack ¡Yes, I want! not only will you organize a party, but you will create a detailed love story according to the tastes of each couple.

And it is that among the novelties of My Wedding Stories we will find everything we could wish for, both as a guest and as an organizer, to celebrate the best possible wedding, in addition to enjoying an unforgettable bachelor party, choosing the most luxurious venues or living a honeymoon unforgettable honey. For those who want to know more about Yes, I do!, EA will broadcast a presentation of the expansion on the 11th through its YouTube and Twitch channels.

Cruella: Disney Invested A Lot Of Money in The Soundtrack