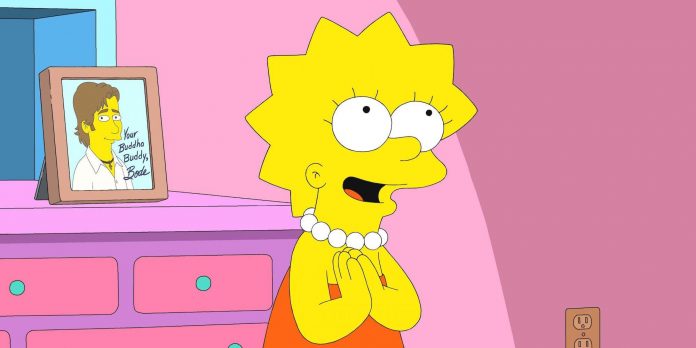 Simpsons voice actor Yardley Smith reveals one of the long-standing writer’s secrets of her character Lisa Simpson. The animated sitcom, whose 33rd season just ended on Fox in May of this year, is the longest-running primetime series in America, which began airing in 1989 after beginning as a series of shorts on the Tracey Ullman Show. The series, which currently consists of 728 episodes, is a subversive parody of a family sitcom telling about the adventures of the Simpson family, including the pacifier-sucking baby Maggie Simpson, the flighty eldest son Bart Simpson, the balanced blue long-haired mom Marge Simpson and the beer-sipping dad Homer Simpson.

Lisa Simpson, voiced by Smith, completes the family. Lisa is the middle child in the Simpsons family, and although she is only in the second grade, she is one of the smartest characters in the series. She is passionate about the things she cares about, especially leftist ideals, the environment, and feminism, although she can be smug at times, and the various Springfield residents surrounding her often ignore her.

In a recent edition of the Allison Interviews podcast (via the Good Men Project), host Allison Kugel sat down with Smith to discuss her story as Lisa Simpson. She tells a funny story about how the writers made such an impression on her that she decided to attend the session in one of the two rooms of the show’s writers, although it was so uncomfortable to watch them that she had to leave quickly. However, she reveals that she was able to gather one important piece of information about how the writers feel about her character, saying that “they all worked out all their childhood fears through Lisa Simpson.” Read her full quote below:

I once went into the writers’ room a few years ago, just to look, because I admire them so much. There are always two writers’ rooms working there at the same time. I asked if I could come and sit, and they said, “Yes, of course.” I went and sat down and I could hear them working before I entered the room. The door was closed, but I could hear laughter and a lot of talking.

I walked in and everyone just fell silent. Everyone just swallowed. I thought: “No, no, no. I’m not here to judge you. I’m here to admire you. I just want to see how you do your thing.” I sat there for about ten minutes thinking, “Obviously this isn’t going to work,” so I respectfully apologized. The only thing I will say is that the screenwriters themselves said that they worked out all their childhood fears through Lisa Simpson.

Lisa has certainly been experiencing a fair amount of anxiety over the long run of The Simpsons. Naturally, this is mainly due to the fact that the things she cares about most are constantly being belittled. However, she is also at the age when she begins to have romantic feelings for classmates and other people of her age, which confuses and frightens a young woman who considers herself fully responsible for her abilities.

It is quite logical that Lisa will become a conduit for the anxiety of the Simpsons writers. Although it is likely that not every writer shares her particular concerns about the world around her, she is nevertheless close to most smart and funny people. As children, they probably all struggled with the fact that they had something to share with the world that the adults around them constantly ignored, which allowed Lisa to become an extremely cathartic character for whom to write.