Home Entertainment The Simpsons dedicate a new short to Marvel Studios with Loki and... 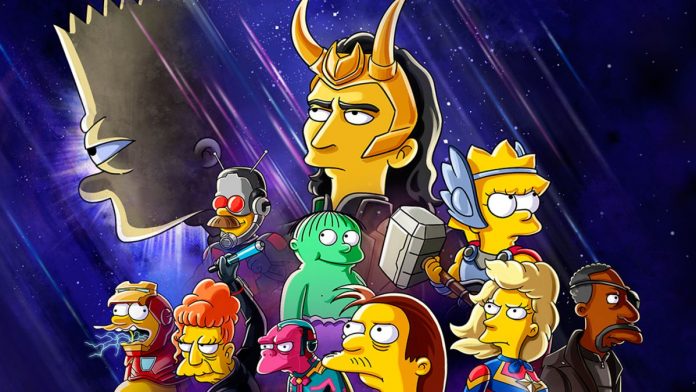 The Simpsons: The famous animated series now in the hands of Disney continues to offer short films dedicated to famous sagas: premiere on July 7 exclusively on Disney +. The Simpsons, the famous animated series by Homer, Marge, Bart, Lisa, Maggie and company, have announced a new thematic short film dedicated to Marvel Studios and, more specifically, to Avengers Endgame and the figure of Loki, the God of Deception that so It is in fashion right now thanks to its series on Disney + as part of the UCM. Thus, and after last year’s episode dedicated to Avengers: Infinity War, Disney + is once again betting on a special The Simpsons with a superhero theme.

Thus, on July 7, the short The Simpsons: The Good, the Bad and Loki will premiere exclusively on Disney +, a special episode in which several of the most popular characters from The Simpsons will play classic Marvel Studios roles, from the Captain America to Iron Man, passing through Black Widow, Thor, Captain Marvel, Hawkeye, Nick Fury and what looks like a Hulk gone down in the skin of Ralph, among others.

Although the true protagonist of this special episode will be Loki, the God of Deception and Lies, to whom Tom Hiddleston himself lends the voice of him in the original version of him. Thus, Loki, after being banished again from Asgard, will travel to Springfield to face the most powerful superheroes (or not) of … Springfield. With the help of Bart, Loki will star in a new crossover between The Simpsons and Marvel Studios that will surely attract the attention of fans of both franchises.

Recall that another special episode of The Simpsons recently premiered, this time, with a Star Wars theme under the title El Awakening from Nap, starring Maggie Simpson. All seasons of The Simpsons are now available in streaming through Disney + after the purchase of Fox.

The most powerful hero of the “Justice League” received a perfect...

Nvidia May Have a Fix for Self-Driving Cars Detecting Ambulances