Home Entertainment The silent protagonist of Starfield will benefit a role-playing game based on... 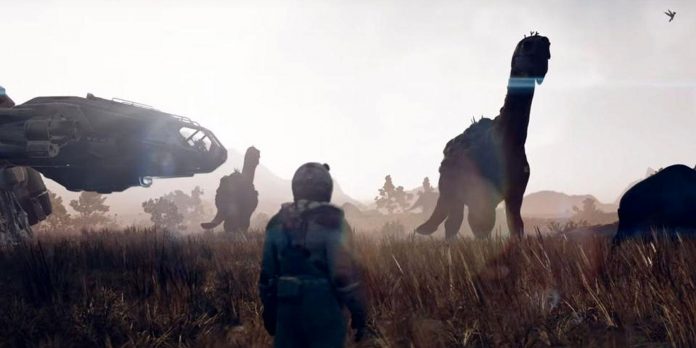 It’s been a few years since Starfield was officially announced, and the expectation of an incredibly ambitious space exploration role-playing game from Bethesda is at an all-time high. Despite the hype around Starfield and interest in Bethesda’s new intellectual property, there were quite few details about the game until recently. Despite the delayed release from late 2022 to early 2023, gamers still expected to see something from Starfield in the near future, and the Xbox and Bethesda Showcase were the perfect platform to showcase the upcoming game.

Despite the fact that there were many interesting updates and announcements during the recent Xbox and Bethesda demo, players were waiting for some Starfield news. Their patience was rewarded with the very first look at the Starfield gameplay with a meaningful fifteen-minute video detailing the game’s plot, combat, environment and other fun features. Details about Starfield continue to appear now that players have carefully examined it for the first time, including the fact that the main character will not have a voice actor.

Confirmation of the silent protagonist

Bethesda has been remarkably silent throughout most of the development of Starfield, sharing only a few details here and there, as well as some initially vague updates and behind-the-scenes views. The leaks that appeared—mostly images designed to demonstrate elements of the game —could hardly be called juicy or exciting, and they mostly consisted of internal and external structures and doorways. It’s time to take a better look at Starfield, and fans finally have something to look at after years of waiting.

The developer continues to provide detailed information about their upcoming game, including tweets that offer more information about the features and aspects of Starfield revealed during the demo. One of the elements that received additional specifics are the interactions of the characters that were shown during the gameplay trailer. Bethesda confirmed via Twitter that the dialogue will be conducted in the first person (despite the possibility of switching between the first and third person views during combat and exploration), and the main character will be silent.

The decision not to include an actor voicing the main character of Starfield may be controversial, but in many ways it can help improve the gaming experience. While some players enjoy listening to their characters interact with others, there are still plenty of games in which the main characters prefer to remain silent, and this does not necessarily seriously interfere with the game. Bethesda has made it clear that Starfield is a player’s choice, from what their character looks like to the factions they join. Exploring hundreds of systems and even more planets in the vast expanse of Starfield will be determined by the inclinations of the players, and while there is a story to follow, gamers will mostly be responsible for creating their own unique experience.

Role-playing will be a key element of Starfield, and the developer strives for players to take responsibility and fully immerse themselves in the game. There will be many ways Starfield will help them do this, especially with Bethesda’s stated intention to focus on character interaction and relationship building. Although it may seem strange to some players to try to establish meaningful connections with the silent protagonist, the expressiveness and realism of the facial animation of other characters and their own irresistible voice acting can make the vocal response rather superfluous or at least unnoticeable. absent.

Starfield seems to be brimming with choices for players, and it’s something that will hopefully shape their protagonist’s personality more effectively than the voice. The presence of a voice actor, even if one could choose from several when creating the main character, could distract from the type of character the player wanted to create, or could not correspond to his own interpretation of how he would sound. The silent protagonist doesn’t face any of these limitations and doesn’t create such drastic inconsistencies, and this clean slate approach can really help Starfield become a completely immersive gaming experience.