Home Celebrity The Showrunner reveals what will happen at the end 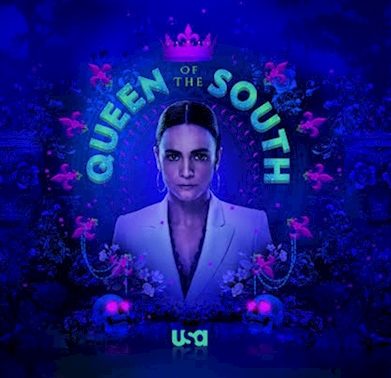 Queen of the South is producing its season 5 for the Netflix and USA Network platform, so the showrunner, Dailyn Rodríguez, has spoken about the possibilities and the future that the series could have.

Recall that Dailyn Rodríguez assumed the position of showrunner during season 4 of Queen of the South, showing in its ending and unexpected return of James’ actor, Peter Gadiot.

Rodriguez is unsure if the USA Network and Netflix will pick up the series for a sixth outing, as the fifth season is still in the middle of production in New Orleans.

However, her comments suggest that the upcoming episodes might still leave some questions unanswered, which could be explored in various seasons in the future.

I got some quiet time. Anyone interested in asking writing or Hollywood questions? I’ll even answer some Queen of the South questions, but no spoilers! 30 minutes! Go!

Promising not to reveal any spoilers for the new season, the show’s ‘La Jefa’ answered several of the questions from “La Reina del Sur” from its followers in a recent question and answer session on Twitter. Where it revealed that there could be more seasons.

The cast and crew are currently working on the eighth episode of the new season, raising hopes that Queen of the South will finally return to screens in May or June.

The scene between Jamie and Geillis erased and why