Home Entertainment The showrunner of the “Yellow Jackets” refutes the main fan theory (but... 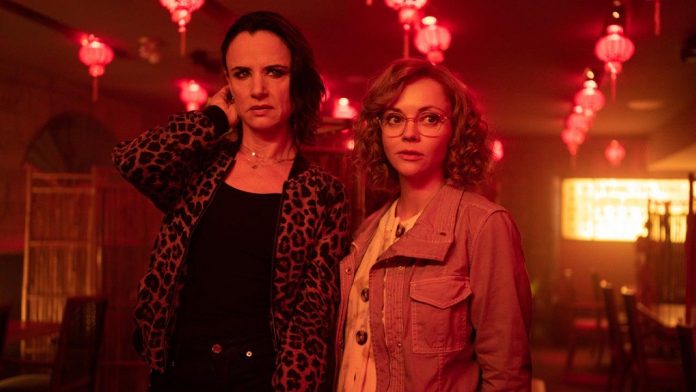 The showrunner of the “Yellow Jackets” Jonathon Lisko refuted the theory of fans.

During an interview with Variety, the creators of “Yellow Jackets” Ashley Lyle and Bart Nickerson explained that they did not expect all the wild theories of Reddit about their show… when Lisko dropped a sensation: one of them was almost true.

“I can tell you something that they guessed we decided not to do,” he said before turning to Lyle and Nickerson. “Can I tell them? Or will we tell them?”

Yellowjackets tells the story of a high school football team from New Jersey that was involved in a plane crash in 1996 while heading to Seattle for the national tournament.

“Well, we really held the view that Adam was essentially Javi coming back to sort of torment Shauna or torment the Yellow Jackets,” he said. “We abandoned this idea quite early. It didn’t seem organically right to us. It didn’t feel like we fulfilled the promise of what we really wanted to dramatize with her affair and their marriage.”

That’s right — Adam and Javi are not the same person… but they almost were.

“We decided not to do it, but some people called it and, I think, really wanted it to happen,” he said. “Then it creates a scenario where, ‘Well, did we disappoint these people or did we please them?’

Theories about Adam/Javi started appearing on Reddit Yellowjackets back in November 2021, and some fans speculated that they were actually the same person. The theory suggests that Javi (Luciano Leroux), Travis’ younger brother in 1996, is growing up holding a grudge against the surviving Yellow Jackets.

Instead, Adam turned out to be an ordinary guy who fell in love with Shauna… only to end up being stabbed by her because she thought he was blackmailing the Yellow Jackets because of a dark secret.

“It seemed infinitely more tragic to us,” Lyle said. “The fact that Javi is coming back is funny in a way, but it seems a little mustache—twirling, and that’s not necessarily where we want to go.”

Learn more about the Yellow Jackets as IGN unravels all the major mysteries of the season finale.

Ashley Lyle and Bart Nickerson created a popular show with Jonathon Lisko as the showrunner.

The creator of “Breaking Bad” loves Walter White less than ever,...