Home Crypto The short-term success of the collection attracts attention 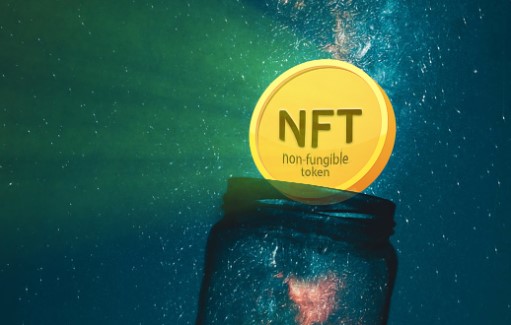 The recently launched Ethereum-based Moonbirds NFT project has risen to the top of the charts in terms of trading volumes after sales totaled $290 million in just four days.

A total of 10,000 computer-generated NFT avatars with a pixel owl were instantly sold out on April 16 at a minimum price of 2.5 ethereum (ETH) per NFT, or $7,700 at current prices.

Immediately after the sales, the base price (minimum average sales amount) rose sharply in the secondary markets, currently peaking at 18.45 ETH (56,800 USD) on OpenSea.

According to CryptoSlam, the secondary sales of the project amounted to more than $ 289.9 million, which put it in second place in the last 24 hours as the best-selling NFT collection by seven-day and 30-day indicators.

Looking at the 30-day chart, Moonbirds NFT sales are 52% ahead of Azuki, which took second place.

DappRadar also highlighted that Moonbirds #7963 NFT was the ninth largest NFT sale among all NFT collections, with 135 ETH ($410,000) last week.

The Moonbirds project is following the same path as the Bored Ape Yacht Club (BAYC), launching benefit-oriented NFTs that provide owners with access to an exclusive ecosystem and membership club.

According to the project roadmap, the benefits of the hodlers will include priority access to future releases, membership club, products and early access to the future Metaverse platform called “Project Highrise”.

The Moonbirds NFT Collection was founded by PROOF Collective, which works on several NFT projects, and also acts as an exclusive social club for 1000 PROOF Collective NFT owners. Collector’s passes have an amazing base price of 91 ETH ($278,800) at the time of writing.

The impressive launch of Moonbirds appears to be the result of investors actively supporting the founding members of PROOF Collective, which includes tech entrepreneur and Digg founder Kevin Rose, as well as web3 investors Justin Messell and Ryan Carson.

Using the phrase “Cryptolocity” on Twitter, an NFT collector singled out Rose yesterday, saying they support the project because of its strong reputation, connections in the web2 and web3 worlds, as well as its “NFT-focused podcast featuring some of the most vital.”

Whales at Work Again: These Altcoins Are in the Hands of...

Announced: The Levels That Bitcoin Will See in March Have Been...