Home Entertainment The She-Hulk Series Warns Us With Its First Teaser: “Don’t Make Me... 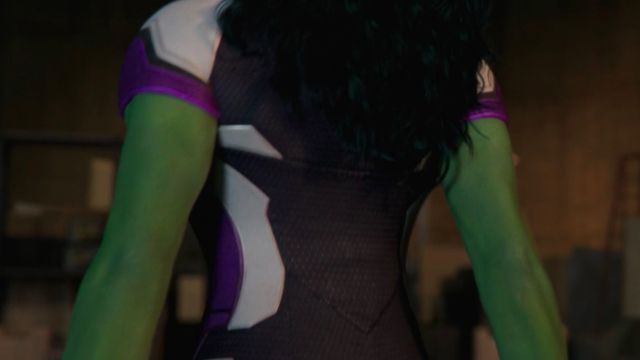 She-Hulk: Disney + Day 2021 leaves us the first images of the Hulka series, which will arrive in 2022 and will bring back Mark Ruffalo as Bruce Banner (Hulk). Disney + Day has left us a quick review of all the series that the mouse company prepares for its streaming service, and among them, She-Hulk, the new Marvel Studios production. The series has shared a very brief teaser that leaves us the first images of Tatiana Maslany as Jennifer Walters (aka Hulka) and Mark Ruffalo again in the role of Bruce Banner (Hulk). During this video, Maslany’s voice reviews the background of her character, a young lawyer who led a “very normal” life until Banner crossed her path. From that moment … well, from that moment on, it is better not to make her angry.

She-Hulk will arrive on the platform in 2022, will be part of Phase 4 of the MCU and will feature two villains of authentic luxury: Mary MacPherran, aka Titania, the usual enemy of Walters in the comics, and Emil Blonsky, or as we know him all, Abomination. The first will be played by Jameela Jamil (The Good Place) and the case of the second is very curious because it will bring Tim Roth back to life, who already played the character in the only solo Hulk movie that is part of the Marvel Cinematic Universe. A film in which it was not Mark Ruffalo who played the Hulk, but Edward Norton. It will be interesting (and fun) to see if the series both go over the new look of Professor Banner.

In a different vein, this Disney + Day has left us with more Marvel-related announcements, including the resurrection of the X-Men animated series, which will return in 2023 under a new name (X-Men 97) , but taking up the same story. Outside of Marvel, Disney has also revealed things from the Star Wars universe, such as a first look at the Obi-Wan Kenobi series where Ewan McGregor himself spoke of a possible new duel between Obi-Wan and Anakin. Like to miss anything.