Home Entertainment The setting of Dead Island 2 contradicts the name 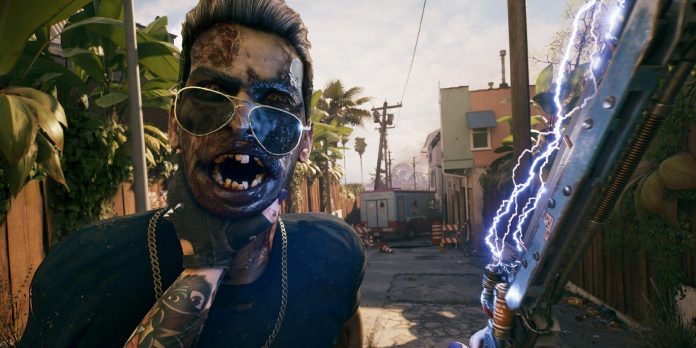 The third major part of the Dead Island series was originally planned to be released back in 2015, but things were not going quite smoothly for Dead Island 2. The sequel to the original 2011 game and Dead Island: Riptide is a tough ride, from numerous delays and internal problems to several changes in its developer. Dead Island 2 went silent for many years, and many fans of the horror series feared that it went the way of Dead Island: Epidemic and was canceled.

Dead Island 2 recently found itself back in the spotlight after the trailer for the upcoming Goat Simulator 3 appeared, which parodied an early trailer for a zombie game. Players have been wondering if this is a sign of the resurrection of Dead Island 2, and the answers to their questions were given during the Gamescom Opening Night Live show this week. Many fans were happy to receive confirmation that Dead Island 2 is finally on the way, but as more details about the game appear, it seems that the next part departs from the “island” orientation of the previous games.

Horror fans had plenty to amuse themselves on the first night of Gamescom, for example, with trailers for “The Callisto Protocol” and “Killer Clowns from Outer Space,” but Dead Island 2 was also in the package with two new trailers and the announcement of a long-awaited release date. Barring further delays, gamers will finally be able to get their hands on the next installment of the zombie—centric franchise early next year-about a decade after it was first announced.

Dead Island 2 seems to make some changes compared to the previous installments, especially with regard to the setting. The first “Dead Island” tells about a group of survivors fighting for their lives on the fictional island of Banoy. Players could explore various regions of the open map, from urbanized areas focused on the island’s thriving tourism industry to wilder, wilder jungle areas. The contrast between the paradise island with the luxurious Royal Palms Resort and the super-tough gameplay and grotesque incoherent corpses was one of Dead Island’s greatest strengths.

Dead Island: Riptide focuses on the same group of survivors, and although technically they spent time on a zombie-infested ship and left Banoy, the game still takes place on an island called Palanai. Even in the spin-off Escape Dead Island, aspiring journalist Cliff Kahlo investigates zombie outbreaks on Narapela Island, which is part of the Banoy Archipelago. This not only connects the games geographically, but also thematically, although Dead Island 2 seems to be moving in a completely different direction.

Changing the location for an upcoming recording

Players really didn’t know what to expect when it came to Dead Island 2, due to its rapid development and almost complete lack of updates. While initial reports about the game claimed that Dead Island 2 would be set in California and would include the Santa Monica Pier, Hollywood and locations in San Francisco, fans weren’t sure if that would still be the case years later. The re-introduction of Dead Island 2 this week showcased a new cinematic trailer and gameplay demo, confirming the setting of the game in California and marking its departure from previous installments. While this may work as a much—needed update for the series, it seems strange to stray so far from one of the core elements of the series- an isolated island.

California is definitely not an island, and while this shows the escalation of the zombie outbreak as it moves to larger areas, it still seems out of place given the name of the game. The upcoming installment may make a difference when it comes to where it takes place, but Dead Island 2 looks set to keep the franchise’s focus on violence and increasingly creative methods of killing zombies. Players will be able to choose one of six playable characters, exploring Los Angeles with an open world, devastated by the undead, far from the resort island from the original game.

Rocket League Will Collaborate With Fast And Furious

The Medium For PS5 Trophy List Is Revealed Before Release