Home Entertainment The series will finally answer a crucial question 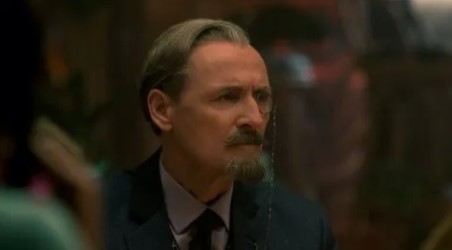 Viewers of The Umbrella Academy have been patiently waiting for answers about Sir Reginald Hargreeves and his extraterrestrial origins, but early signs suggest an explanation is imminent in season 3. The Netflix series is full of mysteries. How did Ben Hargreeves die? Where did the Sparrow Academy come from? Is it weird to expect Luther and Allison to reunite? However, by far the most important question is the truth of Reginald Hargreeves. Where does he come from? Why did he travel to Earth? What’s his connection to the 43 superpowered kids? And what is hidden on the dark side of the moon?

The Umbrella Academy writers left fans with some cliffhangers that caused them to bite their nails last season. But according to series showrunner Steve Blackman, season 3 of the Netflix series will finally answer a crucial question fans have had for years.

The second season of The Umbrella Academy may have answered some questions, but it also created a host of new mysteries. For starters, Reginald Hargreeves, the adoptive father of the superhero brothers, removed his human mask and revealed an alien face beneath him. And in parleying with his children, Reginald spoke in circles about his motivations and ambitions and left fans with more questions about his true nature.

In the ending, Number Five (Aidan Gallagher) takes his siblings into an alternate current timeline. There, the crew find Reginald dominating a completely different group of adopted children. They call themselves the Sparrow Academy. How they came to be and why Reginald chose them in this reality remains a mystery.

Since season 1, Reginald Hargreeves has been an enigma. He was responsible for assembling the team at The Umbrella Academy. But fans still don’t know how or why he chose them. Fortunately, according to showrunner Steve Blackman, Season 3 will address these questions and reveal Reginald’s origins.

Blackman also teased that Reginald’s alternate reality version is not the same. And the Hargreeve brothers can take advantage of the situation and try to solve some of their father’s problems.

“If you look closely, he’s our Hargreeves, but he looks a little different,” Blackman suggested.

In the season 2 finale of The Umbrella Academy, viewers caught a glimpse of a mysterious green cube floating alongside the silhouette of the Sparrow Academy members. It has been a major source of speculation among fans. But luckily, according to Blackman, season 3 should reveal what the cube is all about.

Zack Snyder Wrote The Final Chapter of 300 and Warner Rejected...