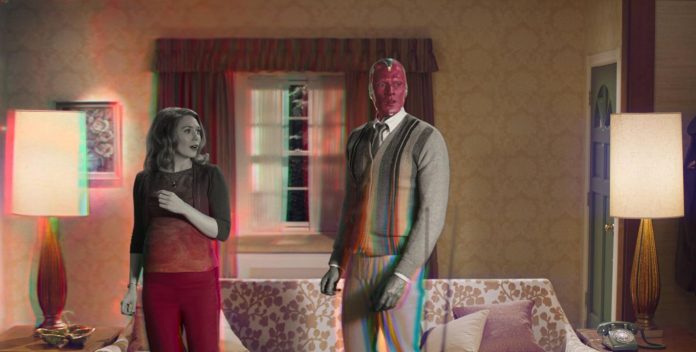 The premiere of the WandaVision miniseries is just a few days away, so the recent trailer revealed for the show, surprises everyone with an original song.

There are a couple of days left until the premiere, so prepare to visit the television tropes of yesteryear as Wanda Maximoff (Elizabeth Olsen) and Vision (Paul Bettany) settle into domestic life as husband and wife in this twisted sitcom format. .

The WandaVision miniseries combines classic television with the MCU as Wanda and Vision lead idealized lives in the suburbs until they suspect that all is not what it seems.

But alongside this feature film and the recent trailer for the show is the preview of the original WandaVision theme song by Oscar-winning duo Kristen Anderson-Lopez and Robert Lopez.

The miniseries team wrote several songs, for episodes ranging from the 1950s to the early 2000s. This was one of those that was heard.

I grew up in the 80s watching shows from each decade on the networks all day. The I Love Lucy, Brady Bunch and Family Ties episodes shaped who I am and how I move around the world. So this project was a dream come true. Anderson-Lopez said.

The first WandaVision trailer also shows “Scarlet Witch” easily manipulating various parts of reality. But they will be mid-series episodes.

The premiere of the program will begin on January 15 on the Disney + platform, so there are only approximately 9 days left for its launch.

Jungkook created a new fashion trend in Japan with these boots