Home Entertainment The sequel to Jon Snow’s “Game of Thrones” with Kit Harington is... 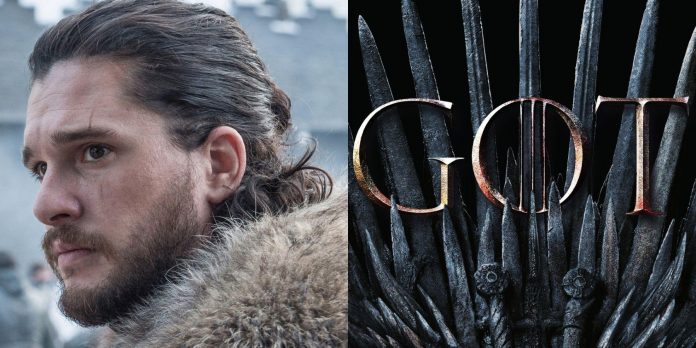 HBO has begun early development of its upcoming series-the sequel to the popular Game of Thrones franchise. In the unnamed project, the main role will be played by Kit Harington, who will again play his role of the legendary Jon Snow in the series dedicated to the character, whose action will take place after the events that occurred in the original series.

The popular fantasy drama series first appeared in 2011 and quickly became one of HBO’s most talked-about projects. For eight seasons, “Game of Thrones” has gained an incredible number of fans and has established itself as the most popular show ever to grace the HBO platform, attracting more than 46 million viewers. Unfortunately, many struggled to cross the finish line with the eighth and final season, but that spot wasn’t enough to dampen viewers’ desire for more content.

According to The Hollywood Reporter, the developing spin-off of the series will center around Jon Snow played by Kit Harington, a character who has become a fan favorite throughout the eight seasons of the original series. The magnificent performance of the 35-year-old actor earned him two Emmy Award nominations for the role of Jon Snow, who was expelled from Westeros in the finale of the series “Game of Thrones”. The series will follow Snow as he leaves his old life behind to travel north of the Wall with the Wildlings.

Many thought the final season of Game of Thrones would be the last time beloved characters like Snow would appear on HBO, but it seems the door for their stories isn’t completely closed yet. It’s unclear in which direction HBO is heading with the George R.R. Martin universe, but the appearance of this series could lead to the revival of characters like Arya and Sansa Stark, who may get their own series to continue their adventure journey.

What is known is the focus on the past that HBO explores in “House of the Dragon.” The long-awaited series will be released on HBO on August 21 and will tell about the Targaryen house and the civil war that broke out in the house 200 years before the events that took place in Game of Thrones. In addition, the prequel will feature a new cast of characters with whom viewers will be able to communicate, which will further help expand the fantasy universe. Snow’s return, however, was not something that was seen in the future, and we hope it can point to more content focused on continuing the original story rather than retelling the story of how it all happened.

Aside from the news of Harington’s return, nothing else has emerged regarding the newly developing series. It will be interesting to see where he falls in the sea of upcoming “Game of Thrones” projects that are currently in the works at HBO, and whether the actor’s other filming commitments can extend the release of the series. Harington last appeared in Marvel Studios’ “The Eternals” and most likely could have played a prominent role in the MCU, based on the direction the studio chose for his character. However, Jon Snow looks set to return to continue one of the most exciting adventures from the original Game of Thrones series.

“Game of Thrones” is available on HBO Max.

What happened to the Grand Inquisitor?