Home Entertainment The sequel to “Game of Thrones” about Jon Snow is not the... 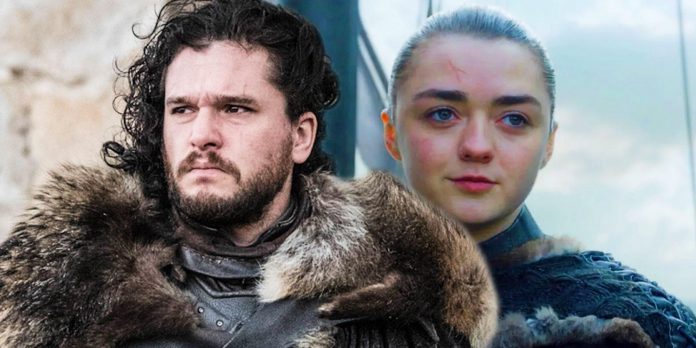 The first sequel to Game of Thrones will tell about Jon Snow (Kit Harington), who lives behind a Wall, although a much better spin-off of the Stark character has already been created in the series finale. Jon Snow’s sequel, The Game of Thrones series, is the last of many spin–offs that began to be developed after the controversial 2019 finale of Game of Thrones, but it is the first in which the stories of the characters of the original drama are directly developed. After “House of the Dragon”, which will premiere on HBO in August 2022 and is dedicated to the Targaryens, other spin-offs of the “Game of Thrones” prequel are in development, including “Ten Thousand Ships”, “Sea Serpent”, “Tales of Dank and Egg” and “Golden Empire”.

Given that the inspirational “Game of Thrones” books for the original show have not yet been completed by George R. R. Martin, a series of sequels for HBO means entering uncharted territory in the universe. The ending of “Game of Thrones” has become relatively happy for the surviving characters of the House of Stark, including Bran Stark (Isaac Hempstead Wright) as the King of Westeros, Sansa Stark (Sophie Turner) as the Queen of the North, Arya Stark (Maisie Williams) going on an adventure. discover new lands, and Jon Snow — aka Aegon Targaryen, the true son of Rhaegar Targaryen and Lyanna Stark —is exiled to the Night Watch after the murder of Queen Daenerys Targaryen. While each of the four Stark siblings had an exciting future, one ending was ambiguous enough to warrant a spin-off.

Although Jon Snow is one of the most popular TV characters of all time, and Kit Harington undoubtedly has the charisma to lead his own spin-off, he is not the best choice for the first official Game of Thrones sequel series. While many would have preferred John to ascend the Iron Throne as the rightful heir of the Targaryens, the character chose what was right for the kingdom, which culminated in exile behind the Wall and living among free people. Jon Snow ended Game of Thrones by leading the free people back into the snowy landscape outside the Seven Kingdoms, and his conclusion matched the character’s arc. John’s story didn’t necessarily require a sequel so soon, but one Stark story did: his younger sister (well, cousin) Arya.

When she embarks on a journey to find out what is “west of Westeros”, Arya Stark’s future guarantees new conflicts, groups of people, places and political strife. Given that the character has been mostly on her own throughout Game of Thrones, Arya spearheading the spinoff isn’t that difficult, as her seasonal training sessions in Braavos with Faceless People have already given an idea of what Arya’s solo series will look like. Arya’s ending in Game of Thrones perfectly teased a new conflict for the character and the future of the series universe beyond the Battle for the Iron Throne (which, of course, is now destroyed), making her adventures the most natural continuation of the life of the House of Stark. history.

The endless ending of Arya in Game of Thrones was the only one that really created the spin-off feeling, and the final frame of the character Maisie Williams smiles as the ship heads for uncharted waters, signaling that the story of the girl without a name was far from over. While Game of Thrones didn’t say anything about what the story of Jon Snow’s spin-off would consist of, Arya Stark’s adventures outside of Westeros with her own ship and crew are limitless. The direction of Jon Snow’s finale has also been the subject of serious controversy, which exposes Harington’s spin-off to greater skepticism as the first direct sequel to Game of Thrones. Arya’s conclusion, however, was received more positively than the opinion of her siblings, which also suggests that the Arya Stark spin-off Game of Thrones will be the best way for HBO to test the ground for more Game of Thrones sequels.