Home Entertainment The September update of Lost Ark is filled with changes in the... 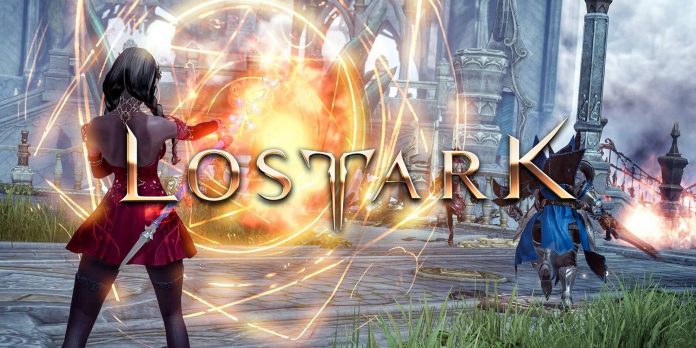 The first major update of Lost Ark this month brings an impressive set of quality-of-life changes, as well as further improvements to many game systems. Everything from the chat system, controller support, fortresses, guilds and the Lost Ark adventure folio has been touched upon in this update as the game prepares for the first round of server mergers.

After the unsuccessful launch of New World at the end of last year, Lost Ark became the second Amazon Games project on the MMORPG market. The game has been one of the most popular MMOs in South Korea since its release in 2019, and its later Western release this year also caused a huge influx of players, which helped Lost Ark soar to the top of the Steam charts. As a free class-based MMORPG, with Diablo-style combat and deep build customization, Lost Ark naturally relies on a steady pace of updates to improve game balance, introduce new features, and add additional content to maintain its player base. satisfied.

Although this update for Lost Ark does not contain any additional game content, it is a significant step forward in improving the existing aspects of the game. Improvements to the chat system, such as the ability to write ads in the global chat, a new pushable “send message” button, new chat category filters such as “Battle” and “Content”, and the unification of tab groups such as “Mining”, “Experience” and “Currency”. The “Received” category is welcome. Friends and blocked players are now available to the entire list, and the new team/block makes it easier to block problematic players. Guilds can now also form up to five guild group chat channels for 3,000 bloodstones.

Gamers who prefer the convenience of controllers will find it easier to fight in Lost Ark thanks to some improvements. Aiming-based skills can be easily automatically targeted at nearby enemies with LT and RT, while allies can be quickly targeted with LB and RB. In cases where the player does not want to use fast aiming, you can adjust the speed of the aiming cursor. Among the many improvements to the fortresses is the new “Theme Layout” menu, which features pre—arranged placeable objects that feature all the individual parts, rather than a one-by-one approach.

As expected, the update also introduces many changes to the balance of the various Lost Ark classes, this time with changes mainly related to the duration of status effects and skill cooldown in PVP. A list of dozens of bug fixes completes the update, while preparations are underway on the backend for the first round of the Lost Ark server merger later this month, as the game continues to see a gradual decline in the number of players according to Steam charts.

New settings have been added to customize the display of the user interface To change the size of the HUD, the size of the gain icon and the number of gain icons displayed. Set the priority of displaying the buff icon. Added the ability to add various settings to favorites, as well as a new widget under the minimap for quick access to favorite settings. Added a new tab in the “Gameplay” section called “Battle-related Settings”. The arrangement of various settings has been revised so that they fall on this new tab.

Updated the user interface of the content status to better display the status of the content (relative to its completion) for each character. This includes adding new settings, changing the way the status is displayed, and implementing the following updates: A full-screen mode has been added to check the detailed completion status of all content. Added an icon showing whether it is possible to get gold from various parts of the content. Content that you can’t get gold from can now be displayed.

Now you can write ads in the Global Chat. Now you can search for past messages in global chat conversations. Added a button to send messages on mouse click instead of “Enter”

Chat category filters have been added and integrated. Added filters “Fight” and “Content”. “Error” and “Warning” were combined into “Caution (warning)”. Several groups of chat tabs, such as “Mining”, “Experience” and “Currency”, are combined into “Received (Consumption)”.

When participating in the Proving Ground, the opening sequence at the beginning of the game was shortened so that players could dive into the action even faster. The position selection phase in Team Elimination has been shortened from 20 to 10 seconds. Added the ability to skip videos when starting a PvP match. Added a free camera in Team Deathmatch viewer mode. You can move the camera’s viewpoint using the W, A, S and D keys. You can zoom in/out of the camera using the Q and E keys. You can adjust the speed of the camera using the Z and C keys. You can switch between full-screen cameras and cameras of individual participants using the numeric keypad keys 1-9.

The “Recommended Fortresses” tab in the “Fortress Participants” menu is supplemented with additional filters.