Home Entertainment The second season of “Tokyo Avengers”: what to expect 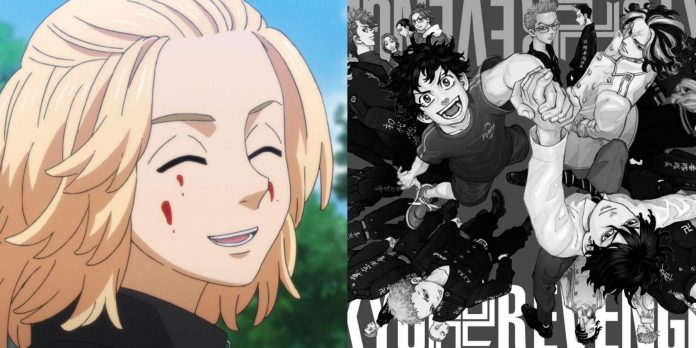 Tokyo Revengers is an ongoing manga written by author and illustrator Ken Wakui, published by Kodansha, which debuted in March 2017. The series began to attract a lot of attention after the release of the first season of the anime in April 2021. Just three months after the end of the first season, the second season got the green light, which shows how successful the first season was.

The Tokyo Avengers manga is currently in its 29th volume, and sales have grown significantly thanks to the first season of the anime. Now all attention is focused on the second season, which, if handled well and true to the manga, will see the manga gain even more momentum. With incredible characters, amazing action, and a deeper dive into gangs than ever, the second season has already excited fans in anticipation. As fans know, the first season of the series consisted of 24 episodes covering the Arch of Mist, the Arch of Mobius and the arch of Valhalla. Season 2 of Tokyo Avengers, which will be released in January 2023, is also likely to include about 24 episodes and will most likely cover the Black Dragon Arch and the Tenjiku Arch.

Recollection of past events

To discuss the events of the upcoming season, fans need to first dive into the main events of the first season. Tokyo Revengers began with Takemichi, a 26-year-old virgin who had no real purpose in life until one day, when he was watching the news, he saw a familiar name in Tachibana Hinata, his ex-girlfriend from high school. Hinata was killed by the Yakuza.

After he almost died, he goes back 12 years and sets himself the task of saving her. Quite a lot happens during his mission to save Hinata, and eventually he joins the Tokyo Manji Gang, where he rescues or tries to save other members from death in order to change the future and prevent Mikey, the leader of the gang, from becoming evil. .

Moving on to the second season of Tokyo Avengers, fans are looking forward to the Black Dragon arc. The Black Dragon arc, also known as The Christmas Fight, covers chapters 78 to 121 of the manga. This arc will probably take up half of the season, about 12 episodes, more or less, forming the first four of the second season. As expected, everything will start from where the first season left off, with an intense cliffhanger. As fans know, Takemichi returns to the future, but discovers that he and Chifuya are being kidnapped. In the end, the latter is shot in front of his eyes. Then the arc will see how Takemichi, the crybaby hero, will be rescued and saved by a Casutor — a character that will be recognized by those who watched the second half of the first season.

Takemichi’s return to the past is where a new arc begins, in which the Tokyo Manji Gang will have to fight the 10th generation Black Dragons, a gang originally founded by Mikey’s late older brother, Shinichiro Sano. The captain of this generation, Shiba Taiju, is the older brother of the vice-captain of the second squad, Shiba Hakka, and they, along with their sister Shiba Yuzuha, will play huge roles in this part of the story. Since this also applies to the second division, Mitsuya will be deeply involved in this matter.

The Tenjiku Arch is the longest story arc in Tokyo Revengers at the moment, spanning chapters 122 to 188 of the manga. Since this arch is longer, it should take up more screen time than the “Black Dragons” arch. Perhaps 14 episodes would be enough for him, if such a number could be kept within the season.

Following the previous arc, the Black Dragon Arch, Takemichi returns to the future only to see another grim outcome, possibly even worse. The Tenjiku gang absorbed the Tokyo Manji gang and drove Mikey to madness. Takemichi and Naoto decide to investigate this gang and end up fatally wounded. Takemichi manages to return to the past before he dies, however, this means that he is stuck in the past until he can change this outcome. The main villain of this arc, Izana Kurokawa, is the leader of the Tenjiku gang. This arch gives fans the opportunity to see for the first time how someone competes with Mikey in strength – which even Shiba Taiju could not cope with. The Tenjiku Arch is extremely important in many ways, however, most importantly, it will be the conclusion of the main antagonist of the series, Tetta Kisaki. At the same time, the arc will also show Takemichi’s growth and determination, as he will have to face the Tenjiku gang without the help of Mikey or Draken.

Characters to watch out for

Since this season is likely to span the two most important story arcs, there will be many characters who will be in the spotlight and shine, some much more than others. Unsurprisingly, Takemichi, the main character, will be actively involved in both arcs, trying to change the future for the better.