Home Entertainment The second season of “The Rise of the Shield Hero”: success or... 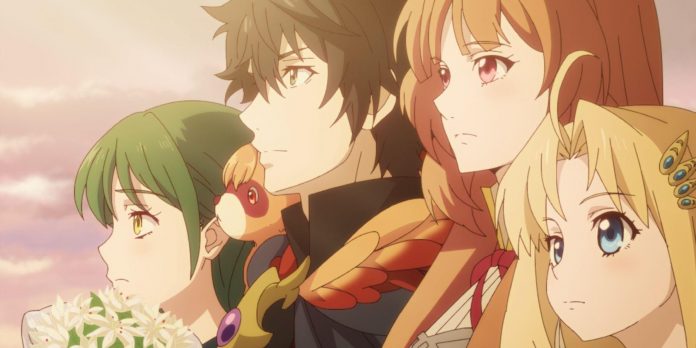 At the moment, at least eleven new isekai anime series have debuted this year, and even more series returning from previous seasons. Many came and went without receiving much attention, and some were remembered only as bad examples. The best of them either demonstrated what works best in the genre, or presented new facets for study. The first season of “The Rise of the Shield Hero” had both, and fans loved it for those reasons, but what about the second season? Did the second season survive the first or did it fail like the infamous disappointments of previous years?

First, let’s look at some of the key moments of this season. Starting from where the previous season left off, this season begins with a campaign to defeat the ghost turtle. A new character is introduced in the form of the Turtle’s familiar spirit, Ost Horai, who takes human form and helps the heroes kill the spirit turtle, even using Naofumi’s shield to deliver the final blow after it is revealed that she is actually an incarnation. the souls of the turtle spirit.

Kio Etnina, the owner of the book’s vassal weapon, is introduced as the new villain and the one who controlled the ghost turtle during her rampage. He serves as the main antagonist throughout the season and causes several aimless pranks before causing a giant wave of his own at the climax of the season. He’s a pretty empty villain with no good reason to want to be bad. Naofumi almost succumbs to his rage and the darkness of the rage shield before he is reminded of his happiness with his comrades and destroys Kyo with a ray of kindness.

After Naofumi’s first encounter with Kyo, he follows him into the portal, but eventually finds himself teleported to the world from which L’Arc and the other vassal heroes came. In this world, Naofumi’s group splits up and tries to reunite for a while. Viewers are also introduced to a mix of new vassal weapon holders, cardinal heroes, and minor characters with their own weak motives for getting in the way. Speaking of new holders of vassal weapons, Raftalia becomes a hero of weapons with a katana.

Half of this season takes place during the battle with the ghost turtle, and the other half takes place in a completely new world. Most of the new locations are kingdoms or cities in this world, from which L’Arc, Glass and their vassal ally, Weapons, came. Some other locations are also presented, but explored only briefly. When it comes to the isekai series, building peace is one of the most important components, given that the focus is on the world that the protagonist has to come to terms with.

So it’s nice to see the efforts to develop the world since the first season, but there were too many new characters introduced, too many new places and too little time spent developing each of these new places. Maybe it wouldn’t be so bad to have so many new places if enough time was spent in them and they were unique or interesting enough to serve as an attractive backdrop for this season’s conflicts.

As with building the world, it’s easy to see that efforts have been made to develop the characters this season, but it still wasn’t impressive. This season, most of the characters haven’t grown up, and the ones that have grown up have grown too fast. This season, Rishia and Raftalia have been in the spotlight, but their development has been rather sloppy. In the first season, Lysia was a powerless, cowardly person with a one-sided adoration of the hero-luke.

This season she became a strong, confident and reliable member of the party whose presence really mattered. The only problem is that this transformation happened very quickly without much buildup. Whereas this season’s Raftalia arc was still too much focused on her desire to reliably protect Naofumi and gain his romantic affection. She became a vassal holding a katana weapon, but this huge development was a disappointing moment and didn’t make much difference to her strength or personal character afterwards.

This season, Ost Horai had some of the most interesting internal dilemmas and development, but she was less than half in it, and from the very beginning she was not needed.