Home Entertainment The Season of the Warlock: First Trailer of This Horror Comedy Made... 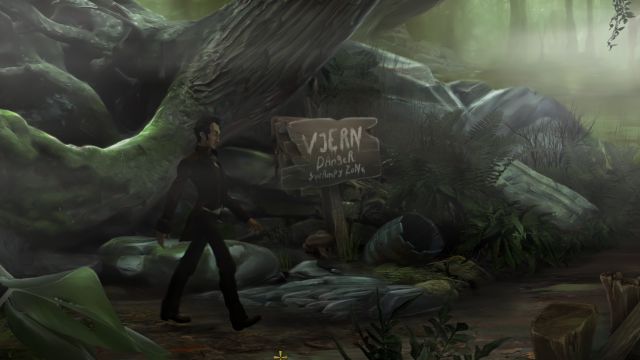 The Season of the Warlock: The title, which does not yet have a release date, will go on sale on PC and will function as a graphic adventure.The independent studio enComplot has presented the first trailer for The Season of the Warlock, a title developed by two people that falls within the genre of graphic adventure. In a humorous tone, he mixes comedy with horror and channels his inspiration through the Gothic tradition. In addition, it allows you to choose between two different stories. You can see the video on these lines.

The story begins with Lord Alistair Ainsworth, who is lecturing at Edgestow University. The presentation focuses on the enigmatic figure of Waldemar Brujo, who apparently reigned with an iron fist and used the black magic of Groldavia to manage the fate of his subjects. However, his companions observe this investigation with sarcasm, since there is no proof of the existence of this necromancer. Alistair, determined to overcome frustration, heads straight for Groldavia. There he will find a portrait of the sorcerer, perhaps the depository of Waldemar’s soul: he will make it a very difficult offer to refuse.

Groldavia is the ideal land to keep secrets, the ideal place for anyone who wishes to remain anonymous: “Far from any hint of civilization, lost among the deepest mountains of Eastern Europe, the Barony of Groldavia offers its visitors the most authentic obscurantism, based on the stale tradition of illiteracy, fear and pure ignorance ”, they say in the statement.

Two stories to choose from: same story arc, a choice that completely changes the game. Will you accept the pact with the witcher?

Grand adventure design – experience a complex series of interlocking organic puzzles that represent the heart of the game.

It captures, with a humorous twist, the allure of 1960s and 1970s horror films based on the works of Edgar Allan Poe and H.P.

Lovecraft, and the charisma of actors like Vincent Price, Peter Cushing, Christopher Lee or Barbara Steele.

Both point & click and direct control: you are at the controls.
Two playable characters, two worldviews: take on the role of both Lord Alistair Ainsworth and his butler, Nigel.

The Season of the Warlock will go on sale on Steam (there is already a page), although at the moment there is no confirmed release date.