Home Entertainment The script for “Avengers: Kang Dynasty” will be written by Jeff Loveness... 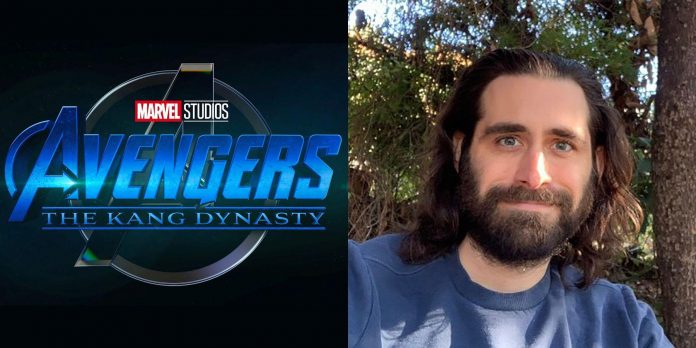 It is reported that Marvel Studios has signed an agreement with screenwriter Jeff Loveness to write the script for the upcoming movie “Avengers: Kang Dynasty“. Loveness is familiar with the studio: she previously wrote the script for the movie “Ant–Man and the Wasp: Quantum Mania“, which will feature the evil antagonist Kang the Conqueror, whose role will be important in the upcoming movie “The Avengers“.

During the studio’s presentation at Comic–Con in San Diego, Marvel Studios president Kevin Feige first announced “Avengers: The Kang Dynasty.” This film is one of three planned to be released during Phase 6 of the cinematic universe, which will begin with the Fantastic Four and end with The Avengers: Secret Wars“, officially completing the “Saga of the Multiverse” for the studio.

According to Deadline, the long-awaited project found its author in Loveness, whose attachment to the project makes sense thanks to the screenwriter’s knowledge of the film’s symbolic supervillain, Kang the Conqueror. The new antagonist, played by Jonathan Majors, will play a crucial role in the upcoming Ant-Man project, thanks to which the writers have established a connection with a character important for the development of the supervillain as “Avengers: Kang Dynasty” approaches. When it was announced, much besides the title was clear, but the picture of “Avengers: Kang Dynasty” is gradually beginning to materialize.

The news of the addition of Loveness followed an earlier announcement of the hiring of Destin Daniel Cretton to lead the upcoming project. Cretton previously directed Marvel Studios’ Shang Chi and the Legend of the Ten Rings, which is currently available for streaming on Disney Plus. The mechanisms of development slowly begin to move as the pieces find their place on the proverbial board. However, it is still unclear which famous heroes will fight the galactic supervillain.

A significant amount of time must pass before the Avengers: The Kang Dynasty will officially arrive at the theater. The fourth phase of the Marvel cinematic universe is nearing completion thanks to the original Disney Plus series “The Hulk Woman” and “Black Panther: Wakanda Forever.” Phase 5 will begin with the long-awaited appearance of “Ant-Man” and “Wasp: Quantum Mania,” which will hit theaters on February 17 next year, giving fans unfamiliar with Loveness a first glimpse of his talents. It will be interesting to see what Loveness can do with the supervillain, which we hope will spark interest in his central role in the next Avengers movie.

Thymesia: how to defeat the hanged queen