Home Entertainment The screenwriter of “Guardians of the Galaxy” is working on a new... 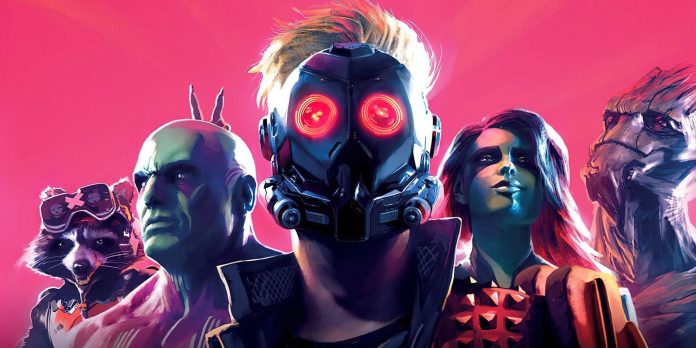 Little is known about what might happen in BioWare’s newest Mass Effect game. His announcement left a lot of room for imagination, although it would seem to confirm the importance and presence of Liara T’Sony, and as a result — an undeniable connection with the original trilogy.

Since the announcement of this untitled sequel to Mass Effect, rumors and speculation have been relatively quiet. The unveiling of the official poster for the new Mass Effect allegedly contains surprises for fans, in which many fans see the Geth in the focus of the crater environment. Most likely, it will take some time before anything meaningful will be told about the content from the game itself, but recently BioWare announced that a new name will be involved in working on an unnamed part of Mass Effect, which should excite fans with its narrative potential.

BioWare project director Michael Gamble, who is also the team leader on the upcoming Mass Effect game, announced that Mary DeMarl is “joining the Mass Effect team” as senior story director. Most recently, DeMarl won the 2022 Game Award for Best Short Story for Marvel’s Guardians of the Galaxy when she worked as a story executive at Eidos-Montreal. Prior to working on Guardians of the Galaxy, DeMarl was also the director of storytelling, lead writer and narrative designer for Deus Ex: Human Revolution.

It was recently announced that DeMarl has been added to the ranks of BioWare, and this role should mean a lot to fans, as her achievements and career are exceptional. It will be interesting to see what she can bring to the new Mass Effect game as a senior screenwriter. Her work on Marvel’s Guardians of the Galaxy is a particularly intriguing achievement, and it could be well transferred to Mass Effect, since the former already begged comparison with the latter.

Many players associated the camaraderie of Guardians and space exploration with the plot of Mass Effect. Meanwhile, others perceived such combat maneuvers as how fans control a single main character, who can then command other squad members demonstrating unique abilities. Mass Effect is known for its liberal expression of player choice in dialogues, even if its choice of Paragon and Renegade is clearly binary. This choice can have striking and profound effects that manifest themselves in every game of the Mass Effect trilogy.

In Marvel’s Guardians of the Galaxy, there is no choice that would significantly affect players, and his choice rarely leads to an event or situation that an alternative player option would lead to anyway. Regardless, DeMarl’s work on Marvel’s Guardians of the Galaxy may have earned her the role of senior director of storytelling thanks to her praise and how the game’s storytelling has been received, especially considering how adaptable some of her beats can be for a group of non-player companion characters. who are engaged in interstellar travel.

An untitled sequel to Mass Effect is in development.

Son Ye Jin Prepares Her Return With Trees Die On Their...